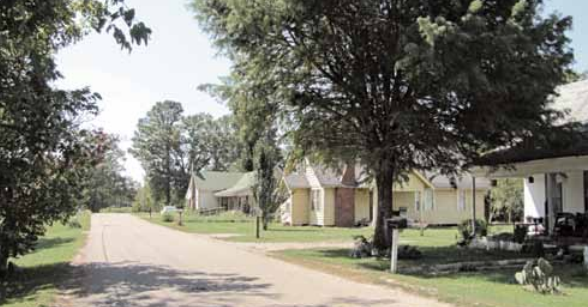 Amy Franklin-Willis ’94 captures a uniquely Southern sense of place and personality in her debut novel.

You can take the woman out of the South, but you can’t take the South out of the woman. Amy Franklin-Willis ’94 is a perfect case in point. The eighth-generation Southerner’s debut novel, The Lost Saints of Tennessee, is a paean to the places and personalities of a childhood steeped in Southern grace. Franklin-Willis, now a Bay Area resident for more than a decade, says her first book is a love letter to the strong Southern women in her life, particularly her paternal grandmother, Lavice MacAlpin Willis Paudert, a bastion of strength and resilience who inspired the author from a very early age.

“My father’s mother was an exceptionally strong woman,” says Franklin-Willis, who modeled one of the novel’s most endearing characters, Cousin Georgia, after her. “She supported her family after her first husband, my grandfather, died of a heart attack in his early 40s.” Paudert taught Franklin-Willis how to love others unconditionally, keep calm in the midst of chaos, and certainly not least, bake mouth-watering biscuits from scratch.

Franklin-Willis says she felt more at home in her grandmother’s small, eat-in kitchen—with its Formica table and a washer and dryer in the corner—than anywhere else in the world. “She told me news of my cousins, my aunt Bonnie, and my uncle Jimmy. Fed me freshly made cornbread and tomatoes grown down the road by her best friend Carolynn. Loved me in a way I can only describe as pure, devoted, and thoroughly uncomplicated,” Franklin-Willis recalls of childhood visits to her grandmother’s home in Tennessee. “I slept in the back bedroom my father used to occupy and I’d lie in bed listening for the rattle of the nightly Memphis freight trains through the tracks only a block away.”

The fictional Tennessee town of Clayton serves as backdrop for The Lost Saints of Tennessee, published in February by Atlantic Monthly Press. The story opens with 40-something Ezekiel “Zeke” Cooper wallowing in despair over the death of his twin brother, Carter, and the demise of his marriage to longtime sweetheart Jackie. With a copy of The Adventures of Huckleberry Finn and his late brother’s old dog, Tucker, in tow, Zeke plans to check into a motel room and check out of life. But the world, it seems, is not quite ready to let him go, and he soon finds himself on the phone to his cousin Georgia in Virginia, asking if she might take him in at her farm for a while. It is there that he begins to find passion and purpose again.

The Lost Saints of Tennessee strikes a perfect narrative balance—heartbreaking, uplifting, and engaging until the end. Such nimble storytelling is clearly the product of countless hours of hard work. “Writing is one of those things you must be compelled to do,” says Franklin-Willis. “There is no money, no fame. Or, at best, little money and little fame. It is spending hours by yourself working on a story because you feel pure joy in the process of creating it.”

Franklin-Willis’s novel took a decade to see print, during which time she faced many challenges of her own, including a series of miscarriages. (She now has three lovely, healthy daughters). She pursued a career in fundraising for educational institutions—including a stint at Mills College. But when it came to writing, she was never deterred. “This story completely captured my heart and my mind,” she says. “There was no choice other than to finish it. I felt a great deal of empathy and responsibility to the characters and wanted to see the project through.”

Franklin-Willis is grateful to the Mills College professors who both educated and inspired her. “Madeleine Kahn taught me how to write a persuasive paper and to analyze literature in a meaningful way,” she says. “Cynthia Scheinberg taught me how to articulate my thoughts with authority and grace. I took every journalism class Sarah Pollock offered. She inspired and still inspires a love of good journalism in her students—telling a story well.”

Franklin-Willis transferred to Mills after attending two other coeducational institutions. “I was the Goldilocks of college selection,” she says, “the first one was too small, the second was too big, and Mills was just right.” It was a high school classmate from Oklahoma who attended UC Berkeley who told Franklin-Willis she should check out their “sister” school—Mills. “I came for an admissions overnight. I made my way down Richards Road to the admissions office and, by the time I passed Orchard Meadow, I was in love with the place.”

Franklin-Willis is already at work on her next novel, which picks up more than two decades later, with Honora, one of Zeke’s two daughters, all grown up and living in the Bay Area. Franklin-Willis says that the East Bay couldn’t be any more different than the small Oklahoma city where she spent much of her childhood after her parents separated, but she revels in the riches of each. “Things I love about the Bay Area: the gorgeous protected park lands, hiking on new trails with my daughters, seeing water at every turn—whether it’s the Bay, Lake Chabot, or the Pacific. I love the swirl of people from every part of the world here.”

But her connection to the South continues to run deep. “I miss the Fourth of July in Oklahoma,” she says. “Lawton was an army town and, let me tell you, they know how to do the Fourth of July properly. I grew up attending an all-day picnic out on the base, with busloads of soldiers swarming about, beauty queens and bands, and a live performance of the 1812 Overture, complete with a real cannon blast.”

Regardless of their roots, readers will surely relate to Franklin-Willis’s theme of “saints” in our lives that alter our fates in extraordinary ways. “If a person is lucky, someone or a beloved pet can save us from going over the edge,” she says. “Zeke is fortunate to be surrounded by women who love him—his daughters, his mother, his sisters, his ex-wife. And, of course, Zeke has Tucker, the dog.”

May we all be so blessed.