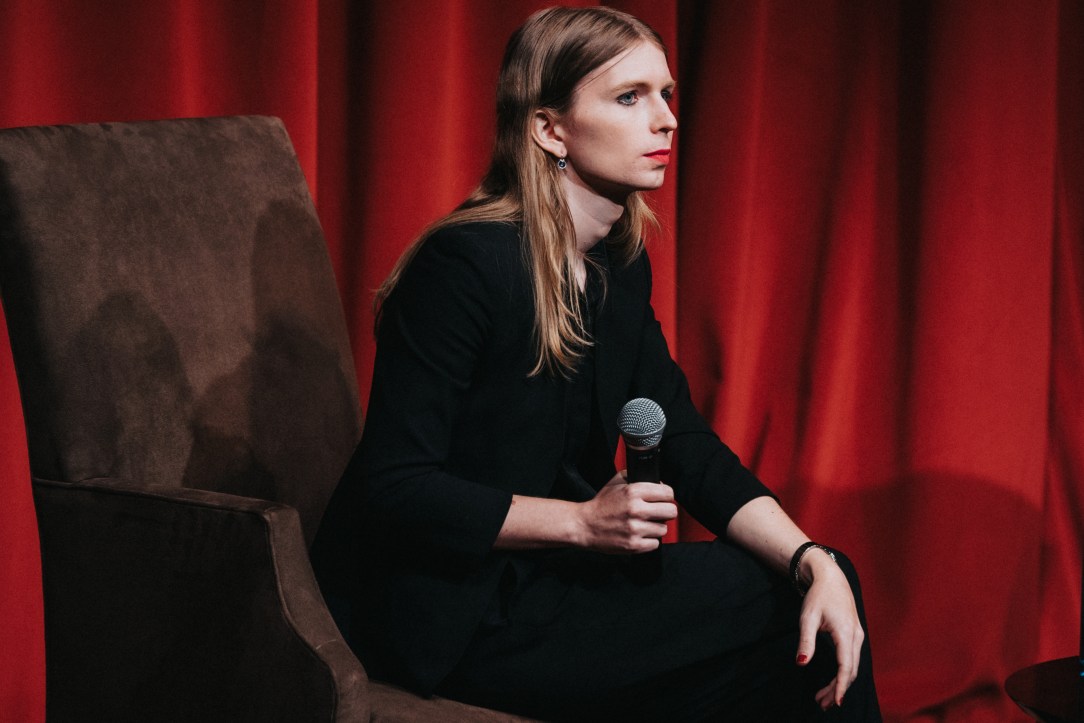 We Are the Voices hosts Chelsea Manning

Manning, a former Army intelligence analyst who was convicted in 2013 after leaking thousands of classified documents to media website WikiLeaks, began the conversation describing her background and time in the military before her eventual arrest and prison sentence. “One of the key takeaways [from prison] for me personally was the solidarity and the network of people I’ve depended on to survive in this environment,” she recalled. “But time and time again, it was the guards who were the most violent people—there were never any repercussions for them or accountability.”

During that time, she also began her gender transition, which led to her fighting for a year and a half to gain access to hormone therapy. Even though she won that case, Manning was still kept in a prison for men until her eventual release in 2017, when President Barack Obama commuted her sentence. From there, Manning went on to become an outspoken activist in politics and the tech world.

“I don’t focus on one thing [for activism]—I try to dabble,” she told Stryker. During the talk, not only did she touch on trans rights—such as for gender-nonconforming prisoners in the prison-industrial complex and for transgender refugees fleeing the Ukraine War but she also addressed ethics and accountability for tech companies today.

Moreover, one of her biggest points was how social media feeds online political discourse, preventing real activism. “It’s so easy to get caught up in that ‘thing’—that ‘thing’ trending on Twitter, that ‘thing’ your friends are arguing about,” she argued. “Because I feel like that ‘thing’ is the distraction machine, distracting us from the reality of what we really need to do over the next few decades.

“We don’t have an awareness problem; we have an action problem,” Manning added. “How do we get our power back? How do we live as humans in this world?”

These are questions that We Are The Voices (WATV) continuously tackles. Funded by the Andrew W. Mellon Foundation, WATV connects Mills students with local and national writers, performers, and scholars, collaborating around transformative art, critical studies, and oppositional scholarship. The project sponsors a number of programs and projects, including the Mills College Trans Studies Speaker Series, multiple digital multimedia journals, and the podcast We Are The Voices Radio. WATV takes proactive steps to support and nurture the next activists of our time, namely through its Community Collaborators program.

Supervised by faculty advisor Stephanie Young, graduate students in the program design and implement public projects that explore the transformative power of literature in East Bay communities and beyond. One 2021–22 collaborator, Caroline Gasparini, MFA ’22, a poetry candidate in the English MFA program, created the digital literary journal OUT!spoken, which features works by Bay Area LGBTQIA+ writers and activists in conversation with the fight to end mass incarceration. “Ultimately, my work seeks to further catalyze discussion around mass incarceration, LGBTQIA+ rights, and the transformative social change that occurs when centering the voices and stories of those most impacted by the issues at hand,” Gasparini wrote in her community collaborator bio. Another graduate poetry student and 2021–22 collaborator, Tovah Strong, MFA ’22, runs Perforations, a digital multimedia journal seeking work that examines and peels away borders—particularly the US-Mexico border.

Gasparini and Strong are a few examples of the collaborations WATV supports, working in tandem with activists to promote their creative projects on a public platform. These students take action through transformative art and writing, uplifting the voices of marginalized communities—just as Manning called for.