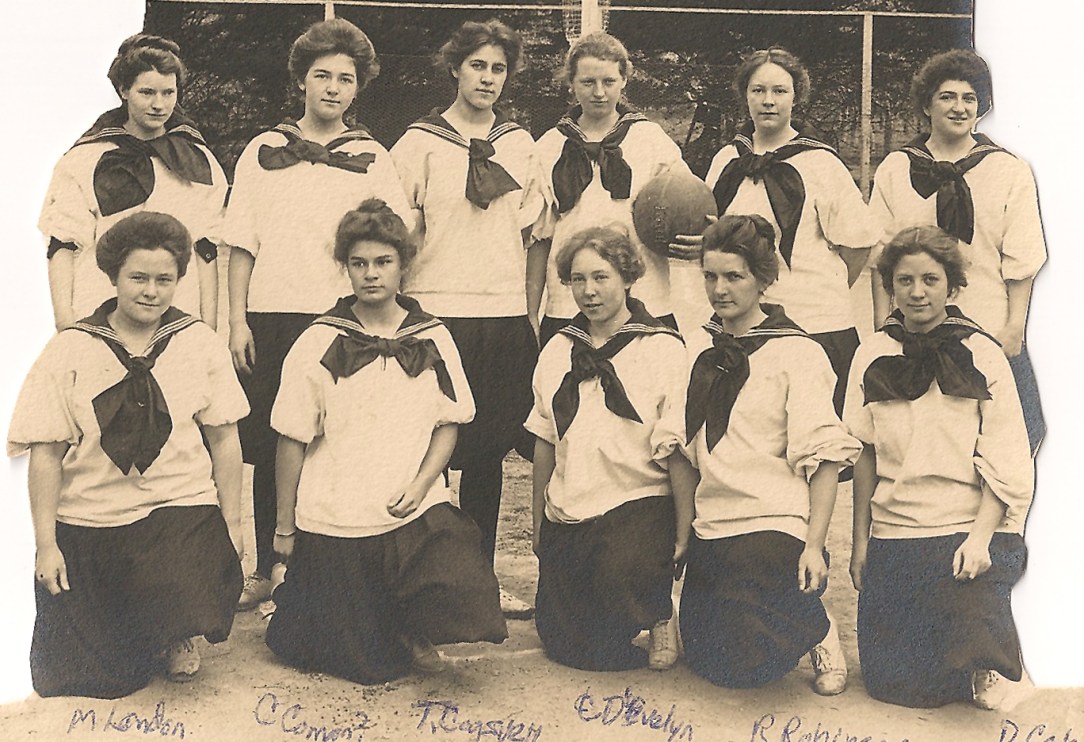 Life on campus a century ago was very different than it is today, but the memory book of a member of the Class of 1910 reminds us how some aspects of college life transcend the ages.

A few months before Delia Parish entered as a first-year seminary student at Mills College, the Great San Francisco Earthquake shook the Bay Area. President Theodore Roosevelt led the nation, while Susan Mills still served as president of the esteemed women’s institution in the eastern suburbs of Oakland. As different as those times were, the notes and souvenirs Delia left in her scrapbook, now in the Quarterly’s archives, are surprisingly familiar today.

Scrapbook memories from a graduate of the Class of 1910

Her first impression of the campus, she writes, was that it was “all very beautiful, but rather lonely.” Without a doubt, Delia quickly got caught up in her education, studying algebra, English, French, and violin her first year. She did well under the guidance of her teachers—Miss Ege was a favorite—and a grade card from her junior year shows As and Bs in all subjects, along with a “satisfactory” rating for deportment and the notation that she was “a very dear girl.”

She soon found friends amongst her classmates, especially those who were athletically inclined. Her book includes the regulations for the campus Walking Club, which stipulate that “Whenever the Walking Club goes for a walk (unless a teacher accompany the Club) special permission must be obtained from the Physical Director, or in case of her absence, from the Dean; and the route for the day must be approved.” Delia also became captain of the Seminary basketball team (photo at the top). College and Seminary students were enrolled concurrently at the time, so the school’s two teams made worthy—and convenient—opponents. It was a good-natured competition, apparently, as evidenced by the dinner invitation shown at left.

Mealtimes had their own set of regulations. A printed card formalizes some rules of the table, counseling that “chairs are handled with care and gentleness. One gives punctilious care at all times to personal appearance at table; a change of gown is usual for dinner…. At all times noise of the silver and china is carefully guarded. Food is eaten in small mouthfuls and slowly with the lips closed. One does not eat and talk at the same time.”

Although the newest communications technology was wildly popular—by the time Delia graduated in 1910, a whopping 6 percent of people in the country would have a telephone— much campus communication took place via pen and paper. Delia’s book contains a calling card from choir master Alexander Stewart kindly informing her of the whereabouts of her misplaced violin. Another card asks her to “Please report to the Dean what you are doing regarding your incomplete mark”—an unfortunate but all too common occurrence for students in any decade. Other notes bear invitations to room parties, special dinners, or simply offer “regrets.”

Conventions were such that Delia submitted a written appeal to Miss Ege, chairman of the Regulations Committee, for permission to leave campus early for a weekend trip home to Calistoga: “Having no recitations in the afternoon, would it be possible for me to leave here on the 1:20 car in order to catch the Tiburon Ferry at 3:30 in the city,” Delia wrote on her monogrammed stationery. Automobiles were a rare sight at the time and the bridges across the bay wouldn’t be built until the 1930s, so such a journey would entail significant planning. “The Committee on Regulations is very glad to grant this request,” came the reply.

But life at Mills wasn’t all rules and regulations. A lively social scene is evidenced by the numerous programs for end-of-term concerts as well as student pageants and plays. The Virgil classes in the Latin Department staged Cena apud Caesarum, right, which honored the opening of the school’s new gymnasium and featured young ladies sporting togas and beards.

Soon enough, Delia neared the end of her course of study. “First semester roomed in old No. 24 Seminary Hall with Ethel McKenzie. Took Violin, History of Art, American History, French IV. Pretty busy most of the time… Enjoyed the term though,” she wrote in the diary of her senior year. “Second semester moved to Room 12 Senior Hall—still with Ethel and we are enjoying it immensely!”

On May 16, 1910, Delia and her classmates wore white gowns to their Commencement ceremony in Lisser Hall. Like all graduates before and since, they each must have reflected on all they had learned at Mills and gone out into the world a little older, a little wiser, and filled with hopes for the future.