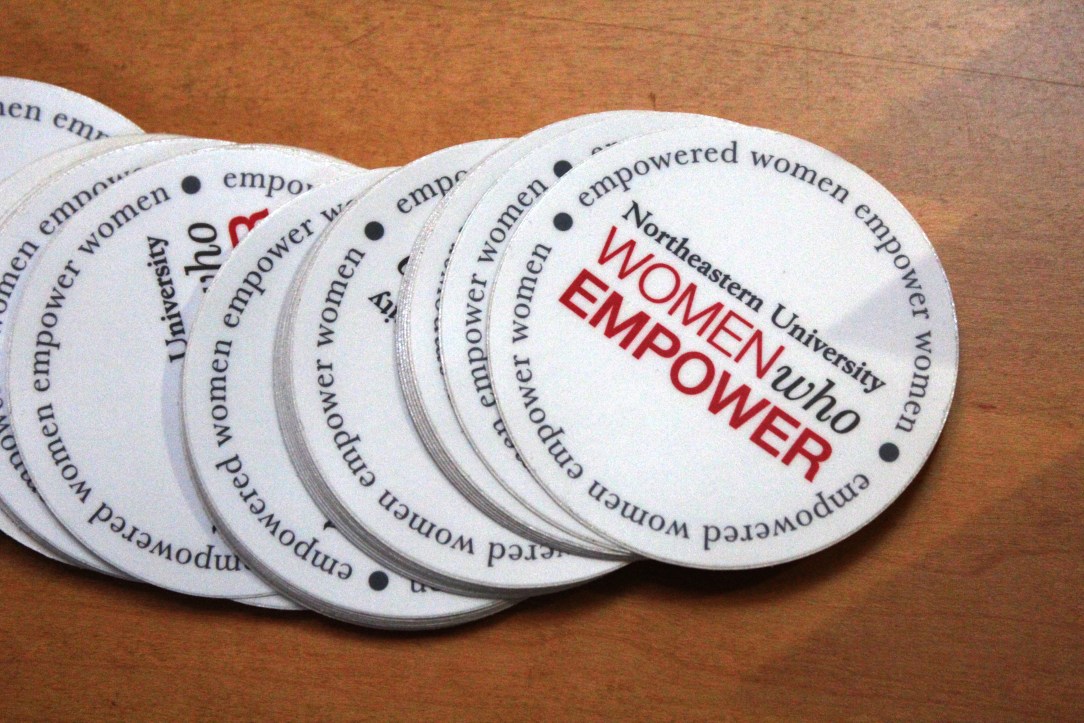 “This is where a lot of things were seeded for me,” said Tina Lee ’01, MBA ’02 (at left, in 2018), on Thursday, April 14, as part of the latest installment of the Women Who Empower Leadership Series—and the first one held on the Mills campus, in the Lokey School of Business and Public Policy. Women Who Empower is a long-running program at Northeastern University that includes lecture series, master classes, and mentoring opportunities.

As reported in the summer 2018 issue of the Quarterly, Lee is the founder and now-former CEO of MotherCoders, a nonprofit she formed to help new parents gain the background skills (and the childcare) needed to pursue careers in technology. She just recently merged MotherCoders with Bitwise Industries as the nonprofit arm of that company, which follows a similar mission by offering paid tech apprenticeships to workers in 10 “underestimated” cities across the United States, including Merced, Bakersfield, and Fresno. Lee, who is a director at Bitwise, spoke in the session about the difficulties she faced while starting a brand-new charitable endeavor from scratch.

She shared the spotlight with fellow guest Helen Russell, who graduated from Northeastern’s D’Amore-McKim School of Business in 1988. Russell is the co-founder and CEO of Equator Coffees & Teas alongside her partner, Brooke McDonnell. Equator was the first LGBTQIA+-owned business to be named Small Business of the Year by the United States Small Business Administration, and the company operates its own coffee farm, Finca Sophia, in the Panama highlands. Equator is headquartered in San Rafael.

Russell and Lee chatted about women’s leadership and the paths that brought them where they are today with Assistant Professor of Business Practice Carrie Maultsby-Lute, MBA ’11, who is also director of the Center for Transformative Action, and President Elizabeth L. Hillman. To view a recording of the session, visit tinyurl.com/women-who-empower.