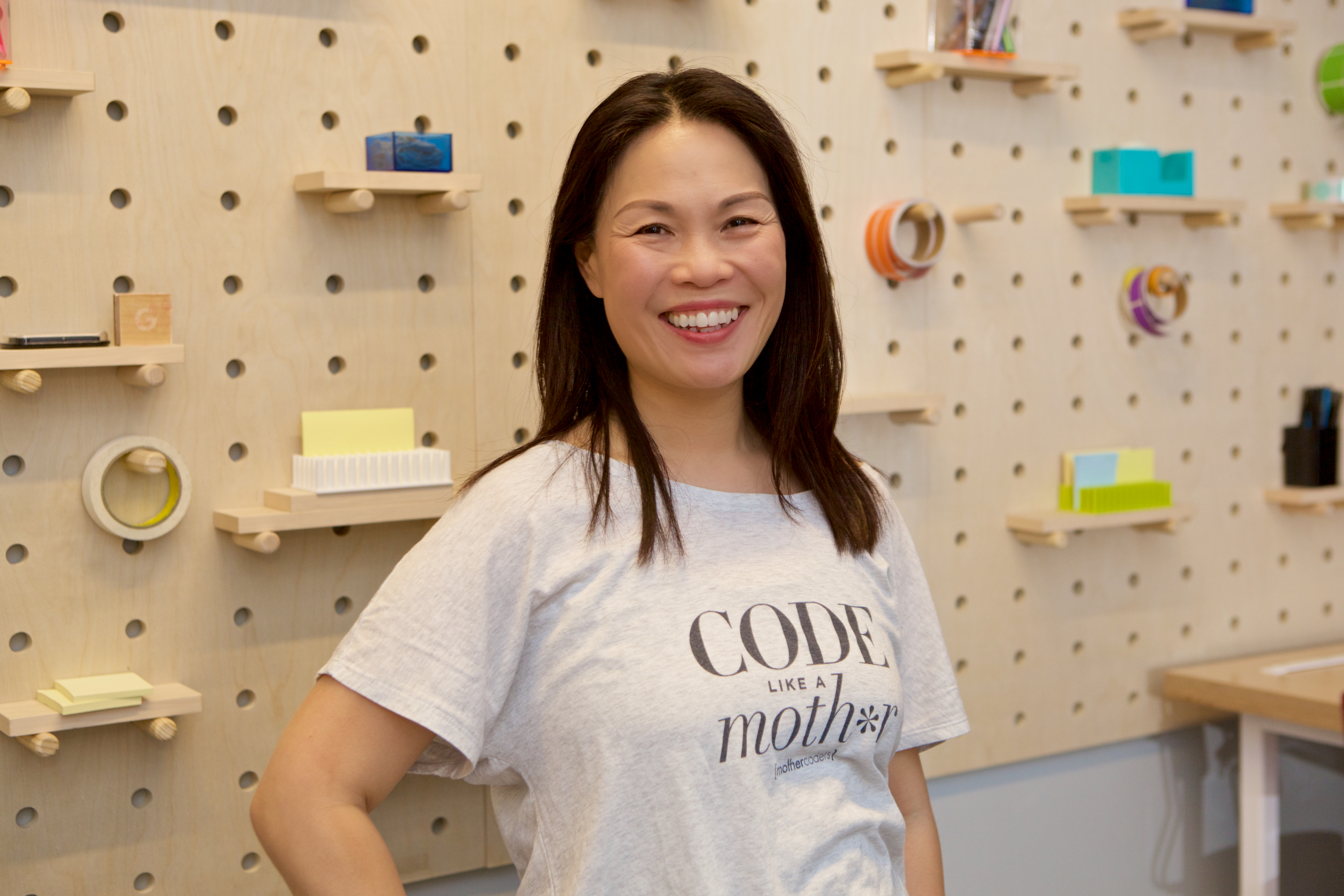 A few months after Tina Lee ’01, MBA ’02, had her second daughter, in 2013, she also gave life to MotherCoders, a San Francisco-based nonprofit that trains moms for technology careers. While on maternity leave from her job as director of outreach and innovation for the California State Controller’s Office, Lee planned to refresh her computer programming skills. But it was harder to do than she expected. “I was exhausted, trying to practice coding in between breastfeeding sessions at night, and I was lonely,” she says. She met other moms facing similar challenges—challenges that contribute to the underrepresentation of women in technology.

Lee’s solution was to start an organization to help mothers gain the skills, knowledge, and community support they need to work in tech. She launched MotherCoders with a pilot group of six moms. Since then, more than 200 women in the Bay Area have attended MotherCoders’ workshops, meetups, and nine-week training programs featuring on-site childcare. Some have landed jobs or apprenticeships right away, while others have continued on to advanced training programs. “Given tech’s fast-changing landscape and vast array of roles, it’s often difficult for moms at the beginning of their journey to know where to focus their efforts,” says Lee. “We help them sort that out and put them on a path to success.”

Lee has earned a Google Impact Challenge prize and a place in Yerba Buena Arts’ annual list of cultural innovators for her work as MotherCoders founder and CEO. This spring, the pioneering program vaulted to a national presence when Lee appeared on the Today show and in Good Housekeeping, Redbook, and Woman’s Day magazines.

As MotherCoders has grown with the help of such publicity as well as generous donations, Lee has tapped the expertise of Mills alumnae. Her collaborators include Director of Marketing Kriz Bell ’99 and Director of Instruction Jodessa Lanzaderas ’12. “Because of my Mills education, I had the intersectional lens, the audacity, and the leadership skills to build an organization that takes on systematic and cultural barriers keeping women on the sidelines,” says Lee.