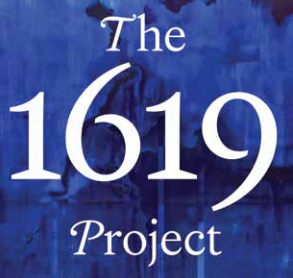 “History with a ‘y’ denotes a singular narrative, but when we think about histories, our histories have multiple perspectives.” So said LaGarrett King, the keynote speaker of the School of Education’s (SOE) Black Lives Matter at School Week of Action. “When people say you cannot teach history this way, or you cannot teach about Black history, what they are really saying is that they don’t believe in our humanity, because they understand who we are through their history […] But for us to be effective citizens, we have to understand all of our citizens.”

King, an associate professor at the University of Buffalo and the director of the Center for K-12 Black History and Racial Literacy Education, spoke to a virtual gathering of students, faculty members, and School of Education alumnae/i on February 3—one event in a schedule of activities meant to underscore the importance of a common understanding about the events that have formed American society. It was a timely discussion; not only at the beginning of Black History Month, but also as national discourse around removing certain books from school libraries and teaching sensitive subjects in “inoffensive” ways was reaching a fever pitch.

“History is not about patriotism. It’s not about making someone feel good, and it’s not even about something or someone,” King added. “Our country’s history is about helping us understand our humanity, whether it’s the good, the bad, the ugly, or the indifferent.”

The current national discussion on teaching American history can arguably be traced back to the 2019 publication of The 1619 Project, a special section in The New York Times spearheaded by the journalist Nikole Hannah-Jones. The project, a series of essays and poems, reframes American history by positing that the arrival of enslaved people in what eventually became the United States is as important to what the country is today as the American Revolution. Other events during the week celebrated Black art through a virtual art exhibitions and panels—which included Yétúndé Olagbaju, MFA ’20, and Cristine Blanco, MFA ’20, about their Black Lives Matter art installation at the front gates—but the majority centered on the question of what comprises an authentic history, and who gets to decide what that is.

Two works that came out of The 1619 Project took center stage at two separate events. The 1619 Project: Born on the Water is a children’s book that discusses these themes in an age-appropriate manner, and Children’s School Head Debbie Brown read it aloud to students in fourth and fifth grades on the morning of February 3. Brown also got in touch with a wide spectrum of Children’s School parent affinity groups to address the practicalities of antiracism in the classroom.

That evening, a group gathered online for a book discussion of The 1619 Project: A New Origin Story, the updated version of the original project that was published by Random House in November 2021. The driving force of the discussion, attended by Mills faculty members and SOE alumnae/i, was how educators can teach about the history of racism in the United States during a time of such politicized opposition.

King’s keynote took place between the two 1619 readings/discussions, and he answered audience questions about how to teach Black history at such a fraught moment in time. “The beautiful thing about history is that we don’t have to indoctrinate anybody. All we got to do is show them the proof,” he said. “Show them the primary source documents, have them read those for themselves, and call it a day.” He also recommended, especially for the younger grades, a focus on familial histories and tying the stories that come up to moments and eras of the past. Visit linkt.ree/MillsSOE to access a recording of the keynote address.

Through its credential program—Educators for Liberation, Justice, and Joy—the SOE has been preparing its student teachers to use antiracist methods such as these for years. Britt McClintock ’21, who received her social studies teaching credential from Mills, now teaches ethnic studies to juniors at the Oakland School for the Arts. “Antiracist teaching looks like centering humanization,” she said in an interview. This year, she has based much of her curriculum around the book My Grandmother’s Hands by Resmaa Menakem, bringing a focus to her classroom on healing generational trauma and reimagining what society considers the ideal body.

Another way in which she humanizes her students takes place before any curriculum is conveyed. McClintock begins each school year with an invitation to students to introduce themselves individually, with guidance on how their names should be pronounced and their pronouns. “Many of my colleagues scoff at this process because of how much time it takes out of instruction,” she said. “However, taking the time to get to know them individually sets the groundwork for what we hope to accomplish.”

As a woman of color, McClintock said that she did not regularly feel seen or heard while a K-12 student herself, so she’s dedicated to ensuring there’s space for her own students to be their true selves. “Teaching to help break down and expose discriminatory systems and racialized trauma while humanizing everyone in that process is important to me,” she said. “This generation is quite incredible, and it has the ability to heal and rebuild a very divided nation.”