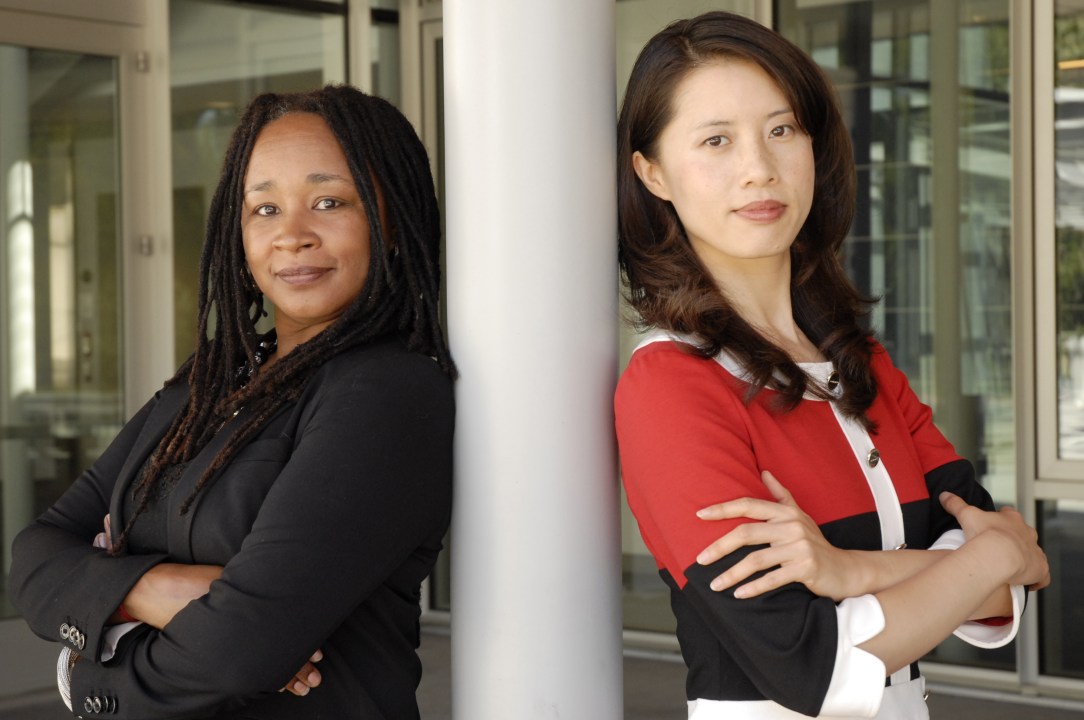 A decade ago, the Mills MBA Program—and its first entering cohort of 12 students—forged new pathways in business education for women. We caught up with several of those first graduates to see where their paths have led.

The MBA Program at Mills College has come a long way since its inception a decade ago, and so has its first cohort of a dozen students. The fledgling program was essentially an educational start-up, with its limited course offerings and no dedicated career services staff. Classes were held in what had been the Children’s School. But the MBA curriculum offered some obvious advantages from the beginning: it provided a way for students to earn an MBA in one year, it built on Mills’ strong undergraduate economics courses, and it was led by faculty who were committed to helping women realize their potential as business leaders and to an ethic of business as a means for social change.

Members of that first graduating class—all of whom had completed their undergraduate degrees at Mills—describe the Mills MBA as a “once in a lifetime opportunity.” It was risky, but “it was like opening a refrigerator,” says Yimei Wong ’00, MBA ’02. “We were hungry, so we made the best of it.” These days, MBA enrollment hovers at nearly 100 students and more than 50 courses are offered in topics ranging from core economic theory and marketing basics to strategic philanthropy and environmental sustainability in business. When we caught up with several members of the class, we learned that they too have blossomed: their risk has been well rewarded with success in business, contributions to their communities, and personal achievements.

Wong believes “nothing is impossible,” and her bold confidence isn’t surprising after reading her resume: she has been a global operations consultant for Chevron, head of operations and project development for Trina Solar, member and strategic advisor for Joint US-China Collaboration on Clean Energy, and, most recently, founder and president of Chinamagination, LLC. She says her success in the years after completing her MBA has come from her everevolving goals. “We need to let our goals morph over time as the world changes,” she says, “and we need to master these pivotal moments to create change.”

Her goal now is remarkable in its scope: her efforts in promoting solar energy and encouraging business partnerships with China through Chinamagination could potentially affect billions of people. “We can create an energy ‘ecosystem,’” Wong says, “that is sustainable for the future if we use corporate collaboration.” Wong’s endeavors have also included travel to 43 countries; lecturing for Singularity University in Mountain View, which educates leaders in sustainable enterprise; and helping former San Francisco Mayor Gavin Newsom create the ChinaSF program, which supports business exchange between China and the San Francisco Bay Area.

Ramona Lisa Smith ’01, MBA ’02, started at Mills as an undergraduate resumer in dance, but switched her major to business economics after deciding she “needed something more practical” to support herself and her two-year-old daughter. Pursuing an MBA had not originally been part of her agenda, she says, but “when the opportunity came, I knew it was one I couldn’t pass up.” She joined the new program as it found its footing, and her conviction paid off. “The MBA Program helped me understand the world economy and my personal finances,” she says. “It prepared me for more than just business leadership; it prepared me to handle my life as a business.”

Smith now works as asset services coordinator, financial coach, and lead of the Volunteer Income Tax Assistance program at SparkPoint/Community Action Marin, helping economically disadvantaged people understand and improve their financial standing. When entering a business venture, Smith brings her whole self to the table: “I want all aspects of my being to be present: my culture, myself as a woman, and myself as a woman of color.” Her daughter, now 17, is preparing to apply to college—with Mills on her list.

Nikki Kwan ’02, MBA ’02, has always been ambitious and eager. Her advice to women in the workforce: “Be bold. Ask for a raise, ask for more things to do—even if you aren’t ready. Be confident; you’ll figure it out.” Kwan has followed her own advice successfully and is now first vice president in the retail banking division of East West Bank, where she is in charge of a variety of strategy and planning initiatives as well as mergers and acquisitions.

Kwan has worked in banking since 1994, when she was an undergraduate with a scholarship and an internship from Home Savings of America. Ultimately, her interest in how process affects change led her to pursue her MBA. “I wanted to help people become successful through incremental and sustainable change,” she says—a goal she continues to pursue through offering individuals loans to support businesses and homeownership.

Immediately after completing her business degree, Kerrin Parker ’99, MBA ’02, joined M5 Networks, a small telecommunications startup. After helping develop M5 into a pioneer in cloud-based phone systems, Parker is now the senior director of development for this public company in Chicago as well as a mother to two young children. “It was my path to attend an MBA program,” says Parker, who had always aimed to manage a large company. She chose Mills over other schools because she was familiar with its supportive educational environment and outstanding faculty—and because she wanted to be a part of the new MBA Program’s mission to support women in business.

In February, M5 was acquired by ShoreTel for $160 million, and Parker will see the company through the transition before moving on to start her own enterprise. “Over the years,” she notes, “I’ve learned the importance of building trust and keeping commitments. Being trustworthy to my clients, my coworkers, and my contractors is critical to success.”

“The MBA Program helped clarify the fact that I loved my career path,” Lisa Tsang ’98, MBA ’02, says of her work in human resources. Tsang first pursued her MBA because she felt stuck in her human resources job at the time and hoped the degree would open other doors. The company she worked for allowed her to continue working part time and even paid part of her tuition. Surprisingly, the informational interview exercises included in the business curriculum enabled Tsang to realize that she was not as interested in other jobs and helped confirm her commitment to her profession.

Tsang now works as senior compensation manager for Applied Biosystems in Foster City, just south of San Francisco. “The way I explain it,” she laughs, “is that I figure out how much to pay people, but I am not payroll.” Her job is specialized and requires her to manage highly confidential information about employees. “It takes a level head,” she says, “to not be shaped by the information you know about your coworkers.”

Since 2004, Claire Norton-Cruz ’01, MBA ’02, has been the business manager at Midwifery and Women’s Health Care at Geneva Woods in Anchorage, Alaska, which specializes in out-of-hospital births, prenatal care, and cervical and breast cancer screening for low-income women. During her time in the MBA Program, Norton-Cruz tackled her fear of public speaking, learned to work in groups, and earned the Mills record—which she still holds—for fastest 100-meter individual medley swim with a time of 1:09.96. “I realized later how valuable my MBA education was,” she says, adding that the degree made her “a standout job applicant” compared to her peers. She keeps her competitive spirit alive—and fosters the physical well-being of women—through her work as treasurer for the board of the Golden Nugget Triathlon for women. She also serves on the boards of the Asthma and Allergy Foundation of America, Alaska chapter, and the American Association of Birth Centers.

Tina Lee ’01, MBA ’02, is the first person to hold the title of director of outreach and innovation for the office of California Controller John Chiang. After leaving Mills, Lee worked with the ZeroDivide Foundation, as a recruiting manager at Robert Half Technology, and as a business analyst for a global management consulting and technology services firm. She then earned her second professional degree: a master’s in learning design and technology from Stanford University. “I wanted to explore how technology is changing politics and society,” she says. In her new position, she aims to use technology to encourage business enterprise throughout northern California—using Twitter (@CA_SCO_Tina), for example, to ask questions like, “How can California government help the green energy sector thrive?”

The liberal arts education she acquired as a Mills undergraduate provided the foundation for a clear business ethic during her time in the MBA Program, Lee explains. As a result, her personal business philosophy is simple: “Think.”

A Brief History of the MBA Program at Mills

2008 April
Ground broken on a new building for the school, now named the Lorry I. Lokey Graduate School of Business.

2009 April
Mills MBA Program selected as a partner in the Goldman Sachs 10,000 Women initiative, a global program to increase the number of underserved women studying business and management.