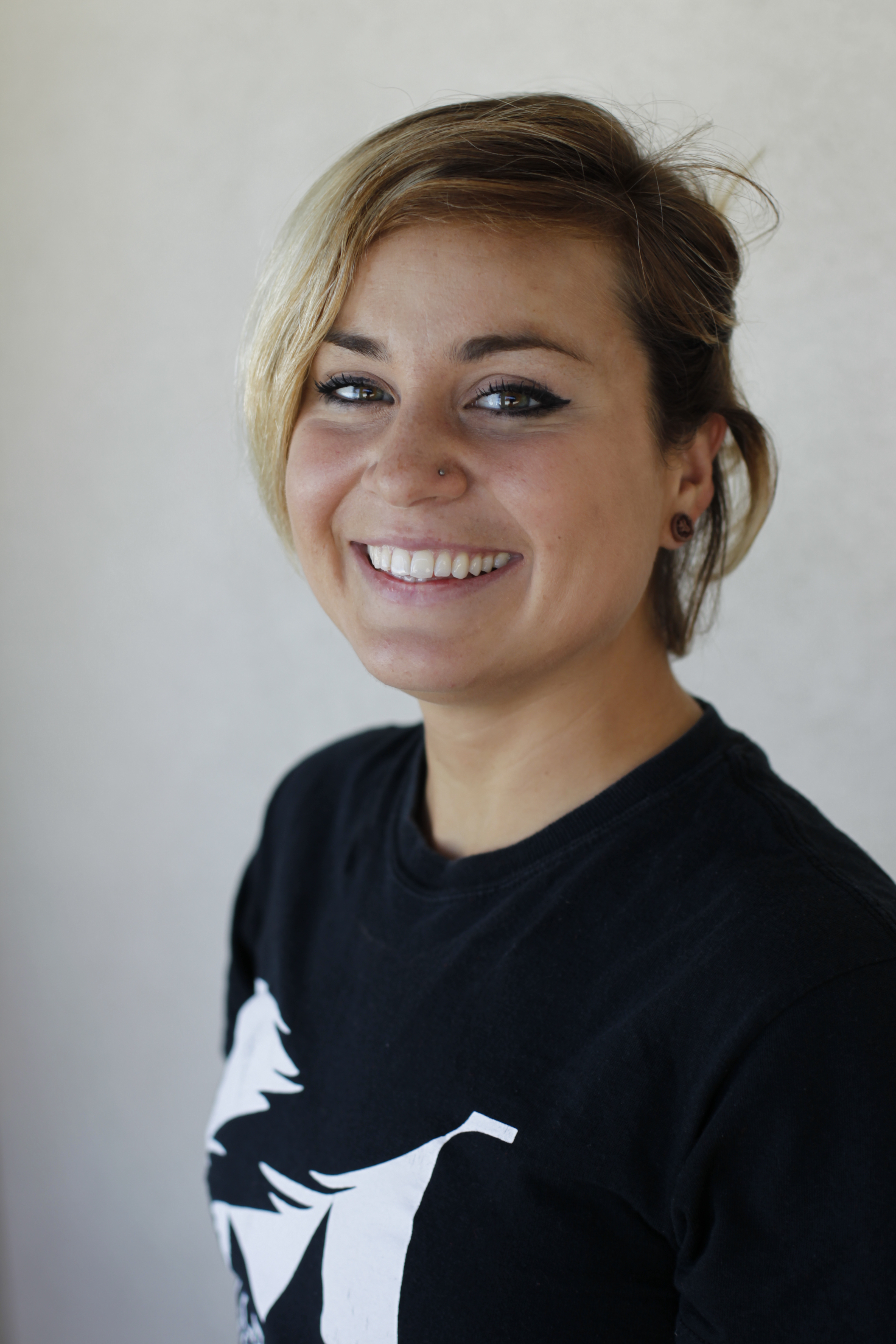 Resilience and resourcefulness buoyed senior Melissa Berkay through a period
of homelessness to become a top scholar—and to set an open-ocean swim record.

Even when she was living on the street, this star student athlete never lost
sight of her goals—or her sense of self-worth

When Melissa Berkay’s hand touched solid ground after nearly 13 hours in the open ocean last August, she set a world record with her marathon swim across the Catalina Channel. What’s even more remarkable is that, just a few years earlier, the Mills junior was adrift—camped out behind a San Diego area thrift store, homeless and living in poverty.

It was a difficult time, but the inner strength, resilience, and resourcefulness she relied on during those harrowing months are the same traits that enabled her to complete a swim most people would consider impossible.

She had a greater goal, too: she was swimming for a cause. Berkay, an athletic, sun-streaked blonde with a ready smile, raised well over $4,000 from donors to benefit God’s Extended Hand Mission, Plymouth Congregational Church, and Rachel’s Women’s Center in San Diego, as well as Jazzie’s Place in San Francisco, the nation’s first emergency shelter for LGBTQ adults. All four organizations help people who are suffering poverty and homelessness.

Berkay herself once needed that kind of help.

In 2009, she was headed for a promising college athletic career on the East Coast. Her stellar high school swim performance in San Diego had earned her a scholarship to Rider University in New Jersey, an NCAA Division I school. But she soon was struggling to stay afloat: when Berkay came out as queer, she was shocked by a hostile response from friends and family. A series of other troubling personal events followed until, ultimately, it was unfeasible for her to continue at Rider.

“I left school because I had a breakdown and needed time to recover,” she says frankly. “I also needed time to transition into being comfortable with my identity.”

She and her new partner moved to upstate New York and then to Michigan, where she juggled multiple jobs, including a sales position that didn’t meet her career goals or her ethical principles. It was not the life Berkay wanted to be living. So, two years after leaving for college, she set a new goal to return to San Diego with her partner and their dog, find new jobs, and reestablish their lives.

But their return didn’t go as anticipated: Berkay’s parents were unable to provide housing. Most of her high school friends had moved away, and those who remained were uncomfortable with her same-sex relationship. The couple couldn’t find an apartment or shelter that would accept their dog—a pit bull type. Suddenly, they had no place to stay, no safety net, and few resources. But, Berkay says, “We wanted to stick together as a family.”

That was the beginning of an eight-month period of living homeless behind a thrift store. The store manager had agreed to let the couple—and their dog—stay in the back parking lot. Over time, they built a small community, sharing food and supplies with two other couples.

Without a computer or permanent address, Berkay needed to be resourceful. “I would just physically go in to places and hand in my resume,” she says. She worked as much as possible to make do, and continued to expand her support network, enlisting the knowledge of food bank workers, church representatives, and other service providers to help her find clothing and other assistance. She framed her situation positively—as a tough transition period rather than a reason to give up—and maintained her belief in honesty and her own worth.

“Being homeless can be uncomfortable, but I knew I was the same person; I was still smart, I was still capable,” she says. “The hardest thing was dealing with the way people would treat me on a daily basis. Employers would conduct interviews and, once learning I didn’t have a home address, not hire me. Passersby would ignore me.”

Still, she knew it could be worse. “My father’s from Turkey and my mother’s from Chile; my knowledge of those countries helped me remember that, as American citizens, we have many more resources than other people across the world.” And she credits her athletic discipline as one factor that helped her persevere. “My swim coaches had really pushed me beyond my limits,” she says.

Ultimately, back on her feet with a fulltime job, Berkay determined that she wanted to return to competitive swimming— and to college. She came to Mills. “Mills swimmers had the highest GPA of all NCAA programs in the country, so that was very attractive,” she says. Excelling both in the classroom and in the pool, she contributes seemingly endless energy and enthusiasm to writing for the campus newspaper, El Campanil; leading student orientation activities; and founding a Mills chapter of the National Society for Leadership and Success, which helps students set and achieve their personal, academic, and professional goals. Last year, she qualified for the NCAA Division III National Championships and was named to the Scholar All- American Team.

“The first time I met Melissa, I was struck by her joyfulness and resilience,” says Themy Adachi, director of athletics, physical education, and recreation. “I have never seen anyone more inspiring and committed to her goals and causes. She doesn’t worry about failure; she just goes for it.”

Berkay decided to “go for it” again when she decided to cross the Catalina Channel in southern California using only the butterfly stroke. Inspired by a conversation with International Marathon Swimming Hall of Fame inductee Anne Cleveland, whom she met during a summer internship at Swimming World magazine, Berkay felt this was a challenge where she herself could set the terms, instead of life dictating them.

Her goal was straightforward. “I wanted to make it to the other side,” she says—adding with a laugh: “I didn’t want to breathe in fumes from my guide boat. I didn’t want to get stung by jellyfish.”

To prepare for the marathon swim, she trained 20 hours a week, including non-stop open water swims for as long as 10 hours, often in the dark. Her actual swim, which began at midnight on August 11, lasted 12 hours, 42 minutes, and 12 seconds—two hours ahead of Canadian swimmer Vicki Keith’s 1989 record.

Her record-breaking accomplishment was “unexpected,” Berkay says. Not only was she battling waves, darkness, nausea, and exhaustion, she had to push aside the doubts and trepidation expressed by friends and family.

Now, having met—and exceeded—her athletic and fundraising goals last summer, she’s already looking forward to her end-of-semester piano recital (a Mendelssohn piece), next year’s swim season, and the opportunity to continue making a tangible impact, both on and off campus.

Her time at Mills, she says, has helped her put her passions into action, empowering her to be more vocal about the changes she wants to see in the world. She came to realize that she could use her swimming to help fight for social justice on behalf of those who don’t have the resources to fight for themselves, and use that opportunity to give back to the organizations that had helped her.

“I hope to do more than just fundraise when I graduate. Who knows what kind of opportunity will come then?” Being part of a close-knit campus community has also helped her accept herself for who she is after her long years of struggling to maintain faith in herself, particularly in the face of disapproval from those she cares about most.

“I’ve learned to take other peoples’ opinions with a grain of salt,” Berkay says. “At the end of the day, I am faced with my own goals and whether I achieved them.”