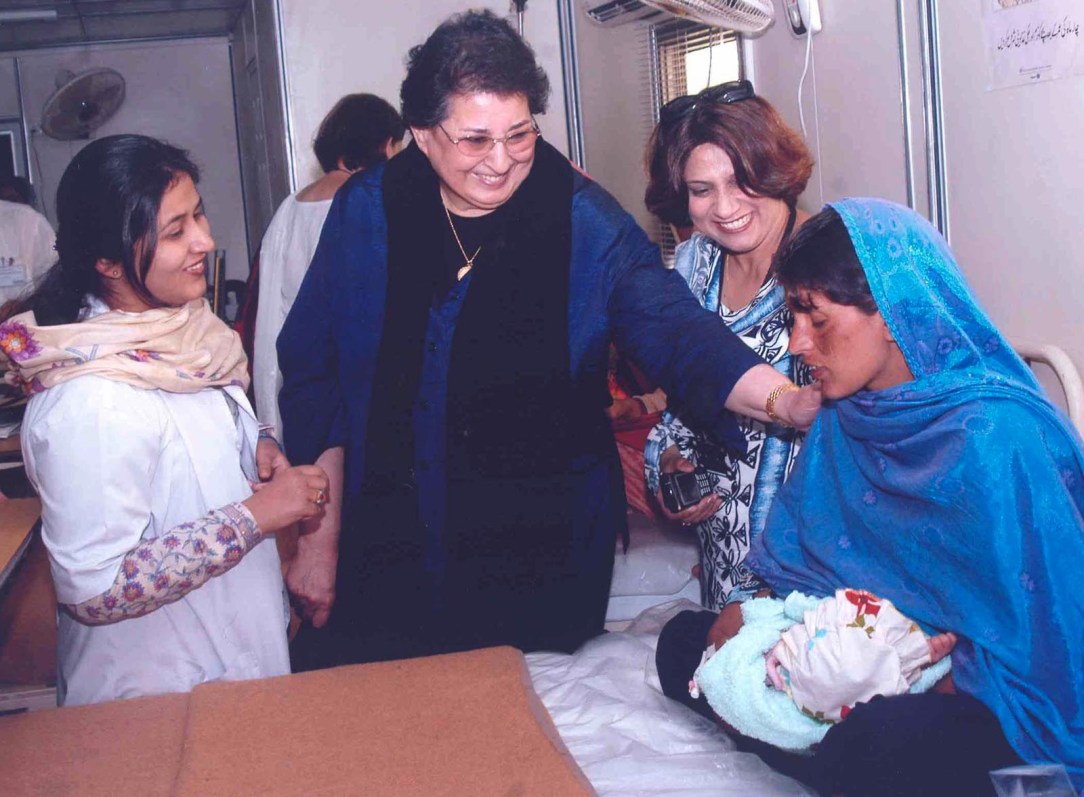 Thoraya Ahmed Obaid ’66 has been named one of 30 women appointees to Saudi Arabia’s traditionally all-male Shura Council, a government advisory body that serves as a sort of legislature in the kingdom, which has no parliament.

Obaid, a former executive director of the United Nations Population Fund (UNFPA) with a strong record as an international advocate for women, contributed to the 2002 Arab Human Development Report, which noted, among other bold conclusions, that the Middle East was wasting the talent of half its people. Until recently, she was board chairman of the Women’s Learning Partnership, an international nongovernmental organization based in Bethesda, Maryland, which promotes women and their rights in mainly Muslim-majority countries.

She was named executive director of the UNFPA in October 2000 and, in that role, she was committed to the policy that women should have the right to say “no” to sex and led a campaign against female genital mutilation. In her earlier role as director of the fund’s division covering Arab nations and Europe, she had been part of two high-level missions to Afghanistan under the Taliban to try to protect women there. Obaid retired from the UNFPA in 2010.

Born in Baghdad in 1945, Obaid received her BA from Mills in 1966, then earned her master’s and doctorate degrees in literature and social anthropology at Wayne State University in Michigan. She learned to move comfortably between Western and Arab-Muslim cultures through her education and more than three-decade career at the UN. It is a skill that has served her well globally, but those who know her question how she will maneuver in the closed society of Saudi Arabia, where restrictions on women are still severe by international standards.

When she was appointed to the 150-member Shura, Obaid said in an interview with the Saudi Gazette that she was always alert to cultural settings as she moved from place to place and factored them into her work in family planning, women’s rights, the battle to stem HIV-AIDS, and the problems of contemporary youth. “Unless culture is taken into consideration in development, efforts cannot succeed,” she said. “With difficult social issues, you have to understand the connection between what people believe and how they function, and then try to bring the issues of human rights closer to the issues of culture.”

Obaid also told the Gazette that even with cultural sensitivity as a guide, “the perspective of women is integral to discussions,” and she hopes to reach out to male members of the Shura (from whom the women will be strictly segregated at meetings and even entering and leaving the building).

“There are key issues, such as the employment of young people, who constitute 60 percent of the population under the age of 30, and income for households headed by women,” she said. “We need to have our brothers involved in discussions and the formulation of recommendations because we all form one unit of citizens of our country.”

Isobel Coleman, director of the Women and Foreign Policy Program at the Council on Foreign Relations in New York, commented about the appointment of women to the Saudi Shura: “The appointed women have their work cut out for them… This mixed-gender Shura Council may well pave the way to greater opportunities for Saudi women, however incrementally.”

A version of this article was originally published by PassBlue.com, an online publication covering the United Nations, on January 22, 2013. PassBlue is a project of the Ralph Bunche Institute for International Studies at the Graduate Center of the City University of New York.