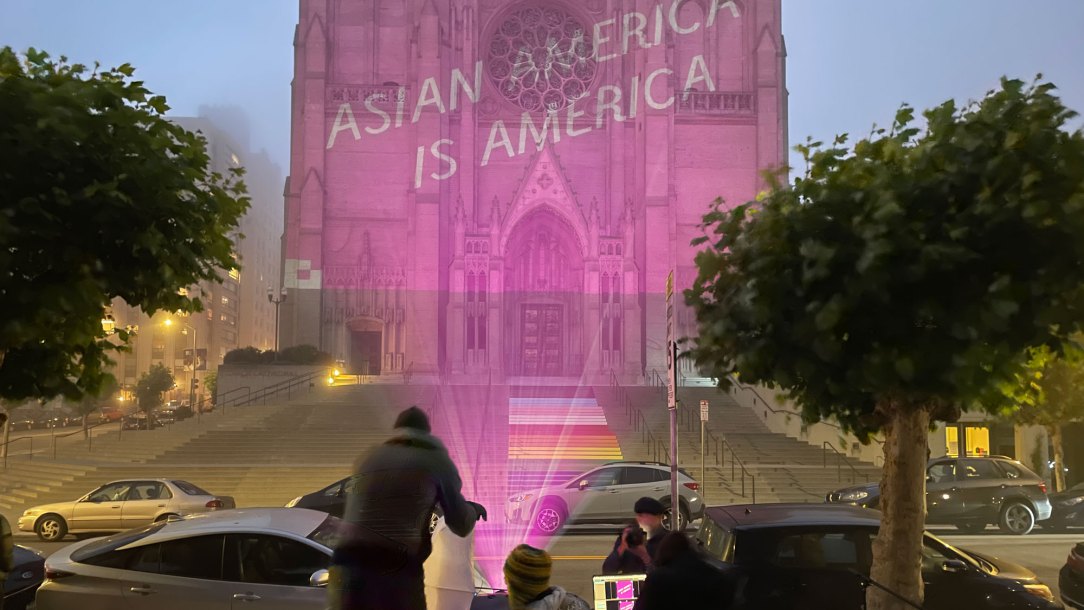 A+P+I Artist-in-Residence Christy Chan had something to say about the other pandemic brought on by COVID-19: rising anti-Asian racism and hate crimes. She turned to her filmmaking toolbox and set out to create the Dear America project, a series of works by herself and five other AAPI artists—including Professor of Studio Art Cathy Lu—that were projected guerrilla-style on buildings around the Bay Area. (Several installations were unsanctioned, and fans had to answer questions about Asian history on the project’s Instagram page to learn their exact locations.) Locales included high rises around Lake Merritt, Grace Cathedral, and Mills Hall. The finale was held at the Montalvo Arts Center in Saratoga on August 12.

One of the projections on Mills Hall, by artist Christine Wong Yap (above), reads “Less discrimination, more understanding” in Chinese, one of eight Asian languages used in the project. “In a time when the right to belong of Asian Americans is being questioned, taking up space matters,” Chan says. “This project is about Asian Americans unapologetically taking up space, celebrating each other’s presence, and not asking permission to do so.”

The project was supported by the Mills College Art Museum and Stand With Asian Americans. See more at dearamericaprojections.com. Images by Christy Chan.