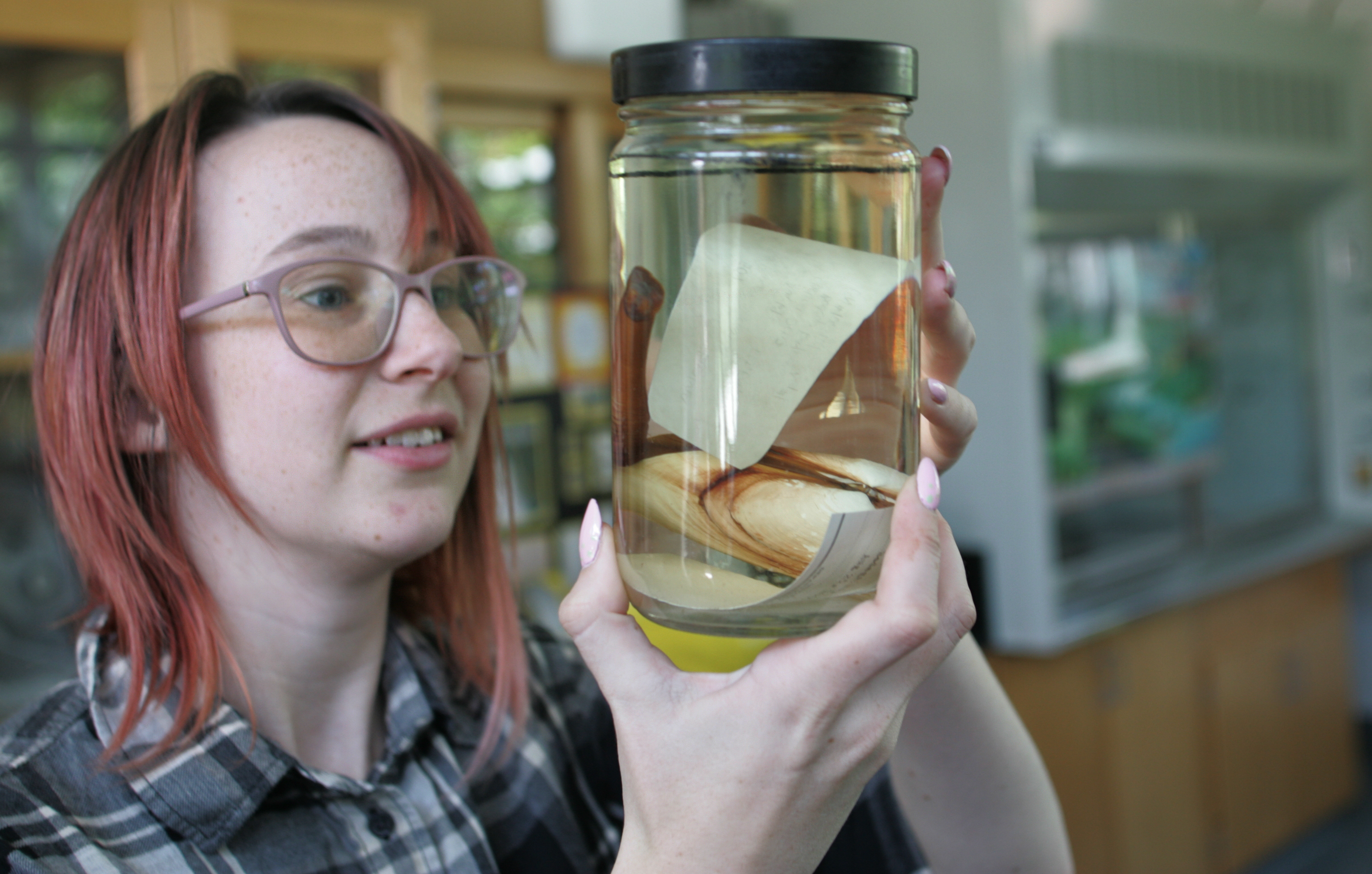 It came from beneath the sea

If your grandmother were a scientific type, instead of jams and jellies she might have jarred a collection like this: nearly 300 preserved invertebrates, from tentacley octopodes to squishy sea worms. This wide-ranging assortment of spineless creatures was recently donated to the Mills biology department by the University of Nevada, Reno.

Many of the specimens were originally gathered between 1940 and 1965 from the nearby waters of Bodega Bay and Humboldt Bay. The age of the collection creates both a challenge and an opportunity: over time, the data associated with some specimens became lost or incomplete, so Professor of Biology Jenn Smith and Lab Manager Dana Carrison-Stone have been working with students in the marine biology class to identify, organize, catalog, and re-preserve each specimen as needed. “For example, this one says ‘shrimp’,” says junior Ruby Fisher as she points to a jar of mixed fauna, “but clearly it is not shrimp.”

When those clearly not shrimp—and the rest of the collection—are relabeled and ready for classroom use, they’ll provide a valuable and intriguing teaching resource