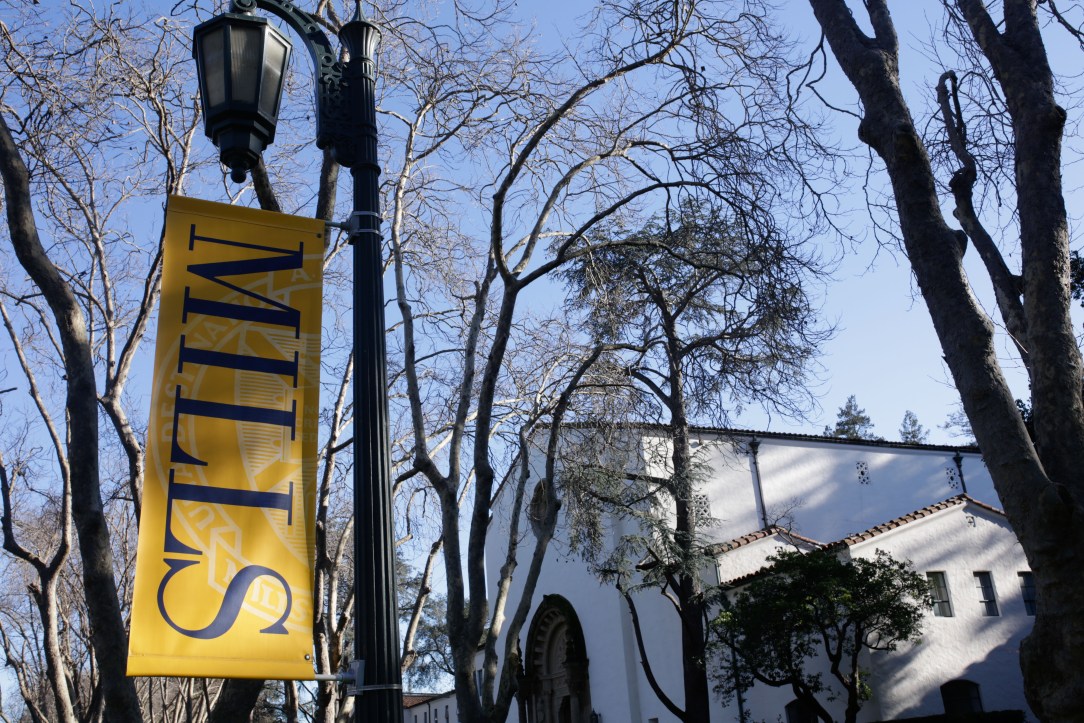 The Mills experience has stirred many a writer to center the campus in their creative works.

With such an illustrious legacy of creative writers, Mills itself has been the setting for a story or two. We talked to their authors.

Anyone familiar with Mills College knows that it offers an abundance of literary inspiration with its history and tradition, its expansive campus, and—of course—those trees! (Not to mention a creative writing program that has generated authors such as Micheline Aharonian Marcom, MFA ’99, and Marc Anthony Richardson, MFA ’09.) The Quarterly was curious about what motivates authors to write about or incorporate Mills into their works and how their interactions with the College influence their portrayals. So we contacted several of them—including faculty, staff, and alumnae—and asked what Mills represents in their writings, and to them personally.

A Home for (Super) Heroines

When Sarah Kuhn ’99 set out to write Haunted Heroine (2020, Penguin Randomhouse), the fourth book in her Heroine Complex series, she knew she wanted to change the usual location for her superheroines. “They’d spent three whole books fighting demons in San Francisco,” she explains, “so I was trying to think of some other places where evil might be happening.” And what better a place than her alma mater?

Not that Kuhn believes Mills is a place of evil: “I need to say that this is a very fictionalized version of Mills!” But her stand-in, called Morgan College, does have similarities to Mills. Both are women’s colleges located in Oakland on beautiful tree-lined campuses with old buildings, and both might have a few ghosts hanging around. However, Morgan has serious problems that Mills does not, such as “a possibly corrupt and very secret ghost-haunting society.” (Although, if there is one of these societies at Mills, Kuhn would like to know about it.)

Mills inspired Kuhn in a variety of ways. She remembers the stories of ghost sightings on campus she heard as a student: the disappearing horse-drawn carriage, the spooky footsteps in Lisser Hall. She says that the overall theme of her story is revisiting one’s past, and since her protagonist, Evie Tanaka, was a Morgan College dropout, having her go back to face her personal demons was appropriate. “So here we’re dealing with both actual ghosts and the personal, metaphorical ghosts that haunt us,” Kuhn says.

Ariel Gore ’94 drew on memory and imagination for We Were Witches (2017, Amethyst Editions). Gore’s autobiographical novel takes place partially at Mills, where her protagonist attends classes in economics and writing and lives in Underwood Apartments with her young daughter. Because her novel is so strongly based on reality, Gore decided to name many of the locations, including the College itself. “Mills is such a singular and magical place,” Gore says. “I didn’t see any compelling reason not to name it.” In the story of a young single mother struggling with shame, poverty, and violence, Mills serves as a sanctuary from the outside world. At Mills, Gore’s protagonist—also named Ariel—is accepted and given the opportunity to explore her ideas and her identity. Most importantly, her desire to write is taken seriously and not dismissed because she just happens to be a mother.

“The couple of years I spent at Mills impacted my life as a writer in profound and beautiful ways,” says Gore, who also  notes that she’s still paying off her student loans.

A Home Away from Home

As with Gore, Rachael Herron, MFA ’99, felt a sense of comfort at Mills. “Is it weird to say that Mills feels like a maternal force in my life? When I was on campus, I always felt safe,” she says. Herron still feels safe as a regular visitor (at least before COVID) to the library and the Tea Shop, both of which she calls perfect spaces for writing. A Bent Twig and a successful author of more than two dozen books under the name R.H. Herron, she incorporated Mills into her novel Splinters of Light (2015, Berkley). Herron, who is a “huge Mills fan,” says that the book was inspired by fond memories of her time at the College, and she even places her young protagonist at Mills. “My character, Ellie, is trying to decide where to go to school. Her mother is dying, and going to Mills will allow her to stay close to her, but Ellie still longs to spread her wings,” she says.

A Place to Find Yourself

Affection for one’s alma mater is often the impetus for a narrative, and that was the case for Alice McCracken ’63. Using the pseudonym Dorothy Rice Bennett, McCracken writes romance stories with lesbian characters. After attending Reunion in 1993, she got to work writing a novel set on a college campus much like Mills. The Artemis Adventure (2017, Outskirts Press) is the story of a young runaway from the South Bronx and her adventures: first, heading to California, and then studying at the fictional Montrose College for Women. McCracken’s excellent memory and affection for the campus allowed her to give detailed descriptions of favorite campus locations, such as the Greek Theater, Mills Hall, and the residence halls. “The entire book was inspired by my love of Mills College,” says McCracken, who, like her character, discovered a supportive environment at Mills in which to explore new people and ideas that she would not have found in her small Indiana hometown. At Mills, she met people from around the globe: “Wonderful young women, each of them, all very different from me,” she says. McCracken adds that Mills wasn’t the answer to all her problems, but it did open her up to new worlds and provided much needed individual attention. “I would have been lost in a university,” she says.

A Place to Face the Future

It was Mahmud Rahman’s unique perspective as both a Mills College staff member and a graduate student (MFA ’04) that inspired his story written for Oakland Noir, an anthology published by Akashic Books (2017) as part of its series of noir short stories set in different cities around the world. Rahman was asked to contribute to their Oakland edition set in a neighborhood of his choice. Mills seemed an excellent location for its atmosphere—and Rahman knew it well.

“Prophets and Spies” is about a Mills College staff member and a group of activist students on New Year’s Eve 1999. “I remembered how a faculty member had been very wrapped up in the somewhat extreme forebodings about Y2K,” Rahman says. In thinking about the story, it became important to him to incorporate characters from different communities. “Often in campus fiction, students or faculty are featured, but staff tend to be forgotten,” Rahman explains. “I wanted to write outside this pattern, so I featured a staff person I made up as one of the main characters of the story.” Using memory, personal journals, campus locations, staff and student characters, and an historic moment, Rahman crafted a story of noir intrigue that offers readers a different take on the College.

A Place for Musings

Renowned poet Carlota Caulfield has taught Spanish and Spanish American Studies at Mills since 1992. In her poetry collection The Neumeister Notebook (2016, Hardpressed Poetry), she includes some poems inspired by her time living on campus. She says the poems are connected to concerts and people in the Music Department, as well as her son learning to play the acoustic guitar when they lived in Faculty Village. As a resident on campus for several years, Caulfield was regularly exposed to creativity that was her “bridge toward new poetry journeys.” Music and art had always influenced her work, but at Mills she rediscovered jazz, which further contributed to her writing. It’s also where, she says, “I was welcomed as a poet and valued for my creative work.”

A Home for Haunting

Kathryn Reiss, a professor in the English department since 1989 and the author of more than 20 young adult novels, says that many of her writing students over the years have been inspired by Mills and set their stories, mostly of the ghost variety, on campus. Reiss herself mentions the College in two of her books, The Strange Case of Baby H (2009, Skyview Books) and The Glass House People (1996, HMH Books). “I figure that the young readers of these books will be, in just a few years, applying to college,” she says. “It doesn’t hurt for them to have heard of Mills already.” Reiss recently started working on a time travel story after reading some newly discovered letters belonging to two sisters who, in the late 19th century, lived in Mills Hall, where Reiss has her office. “My imagination ran wild,” she says.

From the magical to the spooky, from taking risks to self-discovery, from pondering the future to considering the present, the inspirations are as varied as the writers themselves. But what the authors have in common is that for each of them, Mills offers a safe and accepting space for exploration. Kuhn sums it up: “This is where I feel like I started on the path to becoming who I was meant to be . . .that is very rich to draw on as a writer.” Indeed, it is.