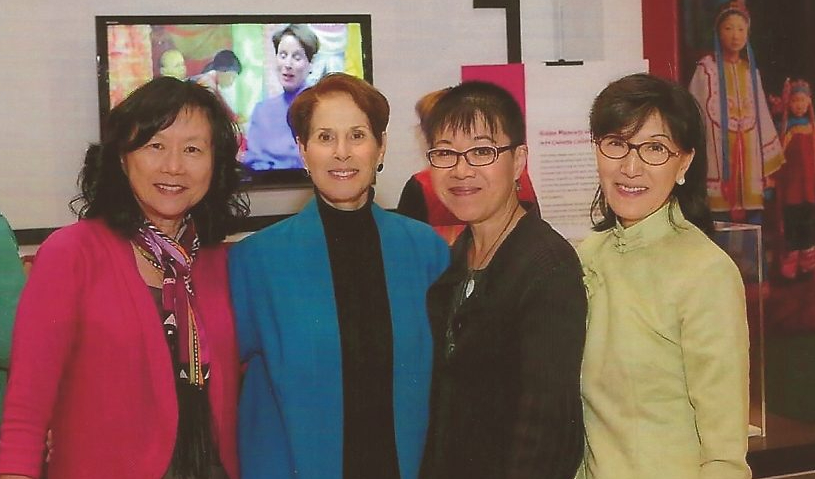 Hats off to a lasting friendship

An orange satin tiger hat, a fanciful foo dog cap, and a majestic scholar’s hat shaped like a pavilion are among the Chinese children’s headgear on display at the Chinese Historical Society of America (CHSA) in San Francisco—thanks to the generosity of Leslie Stein Selcow ’63, who donated her collection of hats in memory of Connie Wong Ong ’42, the noted author and ceramicist known as Jade Snow Wong (1922–2006).

Selcow first met Jade Snow Wong on a Mills tour to China in 1988. “She introduced me to Chinese culture,” Selcow explains in a video accompanying the exhibit. A lasting friendship developed and, after CHSA presented a retrospective of Wong’s ceramic works, Selcow felt that it was most appropriate to donate her treasured Qing dynasty children’s hats to this museum in memory of her friend.

Charmed and fascinated by the artistry, whimsy, and symbolism stitched into the caps, Selcow bought her very first century-old children’s hat from a store in San Francisco. The dealer had acquired some particularly exquisite examples from an elderly Chinese collector in Shanghai; the old man was so touched by her appreciation for them that he sent his best hats to San Francisco for her to purchase. Her collection eventually grew to 60 hats, all from the Qing Dynasty (1644–1911).

The current exhibit at CHSA also includes 19th-century photographs and postcards of Chinatown showing children wearing similar festive hats during special occasions. They were worn for protection from the elements, of course, but also to ward off evil spirits and bring good fortune to the child wearing it. Mothers, grandmothers, and aunts lovingly made these hats with traditional symbols of good fortune and blessings, using elaborate stitching and appliqué.

At the opening reception on March 9, CHSA Executive Director Sue Lee commented, “We are thrilled to have Leslie’s marvelous children’s hats for our permanent collection. They help us to make the connection between Chinese art and heritage and the Chinese American experience.”