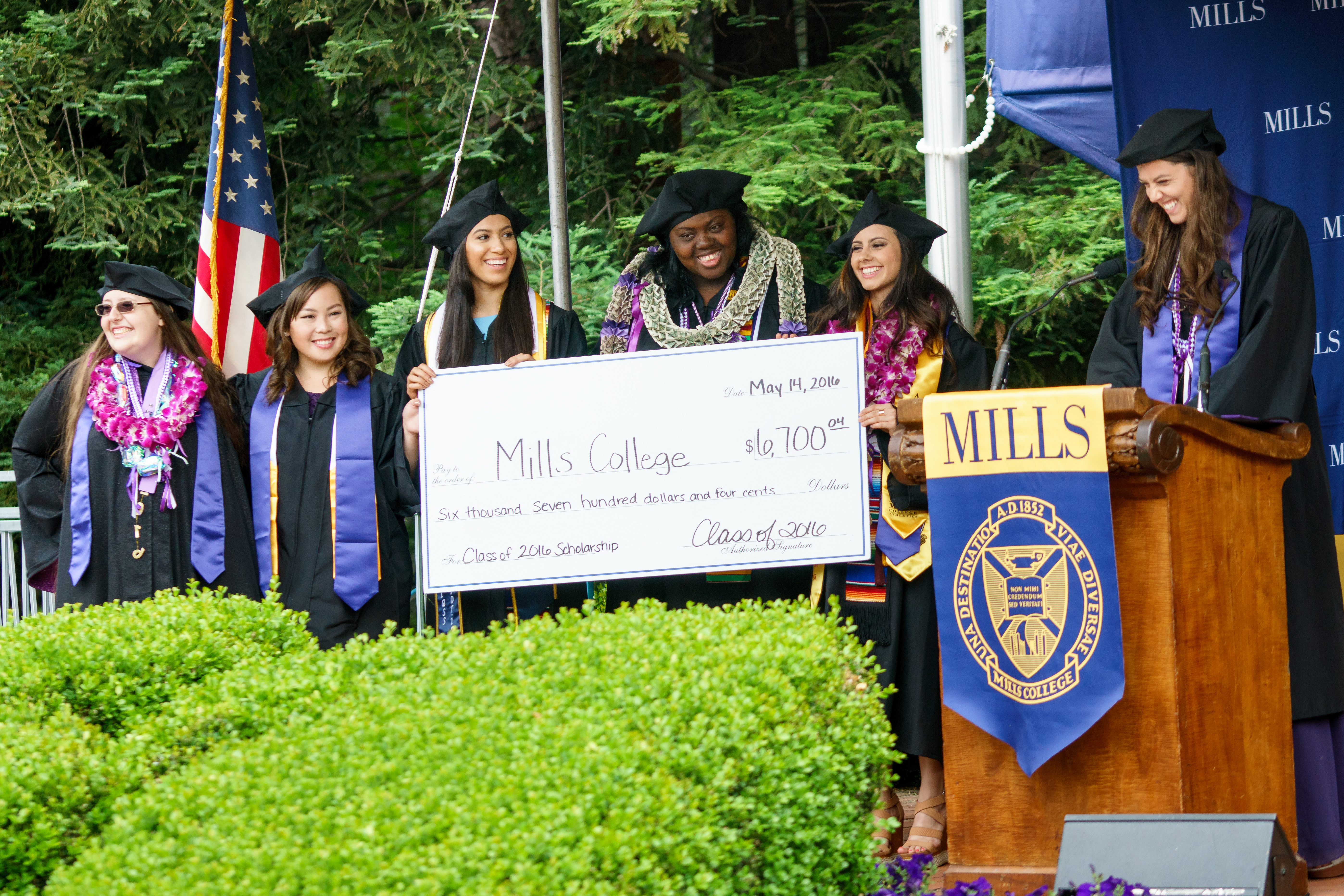 Deep-sea explorer Sylvia Earle urges this year’s graduating class to choose a bright future for themselves—and for the planet.

The rite of Commencement represents one of life’s major milestones: a time of change from student to alumna, a time to remember the path taken, and a time to choose a future. The moment of change is filled with opportunity, and knowledge expands the realm of what is possible.

“Today marks a time of transition… as graduates will rise to the personal and professional challenges that await them,” outgoing President Alecia DeCoudreaux said in her welcome to the crowd—the final address of her tenure.

Diana Nguyen, one of two speakers from the undergraduate class, noted how students’ values build an inclusive campus culture that then enables greater change: “Our love for justice is rooted in our love for people. We care that every voice is heard, every person acknowledged, and every story has a space to grow,” she said. “The voices on this campus are powerful; they create change; you create change.”

The theme was further reinforced in the words of Sylvia Earle, a marine biologist, explorer, and environmentalist who was awarded an honorary doctorate from Mills. “This moment is a tipping point in your life,” she said, adding that the planet itself is also at a tipping point, as pollution, overpopulation, and climate change threaten the very systems that support life.

“No other creature has the capacity to do what humans have done, which has resulted in our success as a species: we gather knowledge, and pass it along,” she said. “It’s happened to you, right here, in the last four years. What you knew when you arrived, what you know now— you’ve gathered knowledge and you will pass it along in your lifetime ahead. What does that mean for humans? We can decide what is the future we want. Let’s commit to changing our ways in favor of the planet.

“The lively spirit of this class of 2016 is a voice of the time. This is a time when the human spirit, acting on knowledge, can take things to a new level of prosperity, of dignity, of respect for one another and for the rest of life on earth.”