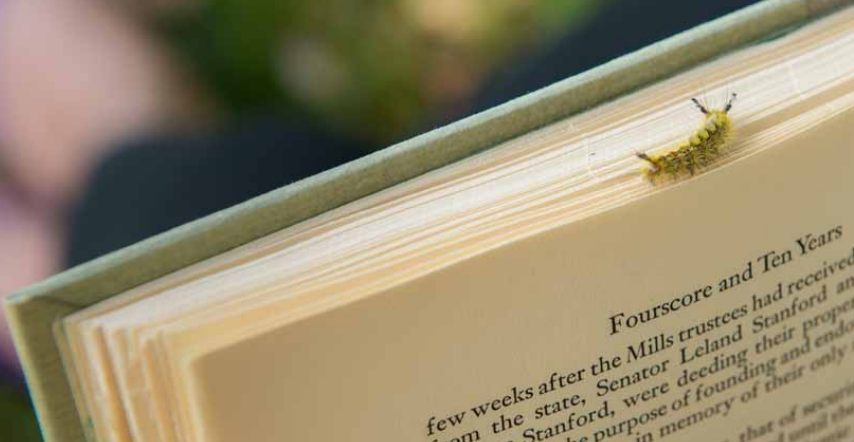 What books will you be toting to the beach this summer? English Department faculty offer plenty of tantalizing suggestions!

A good book is a treat at any time of year, but is especially welcome during the long vacation days of summer. With that in mind, we asked several English Department faculty members to recommend “summer reading” titles for alumnae. Their responses, encompassing works of both fiction and nonfiction, will transport readers across continents and through the ages with stories that are well-written, entertaining, and thought-provoking.

The Hour of the Star

Lispector, a Brasilian writer who lived from 1920 to 1977, is one of the great writers of the last 50 years. This is her final novel, written just up to her death. It’s a small book, less than a hundred pages, and on the surface it’s about the misfortunes of a young poor woman, Macabéa, as told by the male narrator who is “writing” her story. But it’s so much more than that as it meditates on love, art, how to live, and where and how we make and find meaning. It begins, “Everything in the world began with a yes.” This book is a yes!

This is a book about expectations and anticipation. Esch, a girl who is living near the Gulf of Mexico where a storm is brewing, knows that danger is approaching: her father’s illness, the storm that will surely sweep them away, and the baby she carries inside. She is surrounded by men and boys who are scraping together glory from sports, dog fights, and their own lack of means. Even though the book takes place in the very real world of Bois Sauvage, the life of this family is of another world. We enter and are completely wrapped in it.

I also recommend King of Cuba, by Cristina Garcia, which pits two historic figures against one another: a Fidel Castro–type dictator and an old man who hangs onto the old ideologies. The humor that underlies these weirdly real stories reminds us how random and ridiculous the political posturing is and how little it has to do with real world living.

The Swerve: How the World Became Modern

I thoroughly enjoyed reading this book, in which Greenblatt traces Poggio Bracciolini’s discovery of Lucretius’ ancient philosophical poem “On the Nature of Things,” a text filled with exciting and dangerous ideas that set the stage for much modern thought. Greenblatt’s prose is elegant and accessible, even to a modernist with little or no familiarity with Lucretius or the Renaissance. I chose the book because its author was my favorite professor when I was a graduate student at UC Berkeley, before he went off to Harvard. And I am not the book’s only fan: it was awarded both the 2012 Pulitzer Prize for Non-Fiction and a National Book Award.

For those who prefer fiction, I also recommend Debra Dean’s The Madonnas of Leningrad, Andrea Levy’s A Small Island, and anything by Francesca Kay or Jane Gardam.

Okri, a Nigerian writer living in London, won the Booker Prize for his novel, The Famished Road—but to me, Starbook, his more recent novel, is far superior. On the most basic level, the book tells of a prince and a maiden who, on the eve of the slave trade, in their mythical African village, are tested by life’s trials. But it’s so much more—a fascinating meditation on art and creativity and life and love. It is a dazzling achievement of language and style alone; the author is a wordsmith of the highest order. There are passages I read and reread, they are so wonderfully radiant! The book is magical, unforgettable, non-linear as time collapses and characters live along multiple timelines; it’s deliciously long, almost 450 pages; and it is a profound, truly transformative work of the imagination.

Walsingham, or the Pupil of Nature

Robinson’s 1797 novel is a bracingly good read written by a nearly forgotten woman who deserves wider attention. During her life, Robinson was imprisoned for debt, a successful actress, the mistress of the Prince of Wales, an outspoken social critic and supporter of the French Revolution, a single mother who suffered from severe rheumatic fever, a popular poet, and a relentless advocate for the rights of women. This novel is a delightful plot-driven romp propelled by sensational twists, cross-dressing heroines, and dangerous carriage chases. It is also a serious novel of ideas: concerned with genre, gender, politics, and philosophy, it offers a bitingly accurate and radical critique of the economic, legal, and social constraints that bound late 18th-century England. The novel follows Walsingham Ainsforth and his cousin, Sir Sidney Aubrey, a daughter disguised as a son so that she will become the family heir. The Broadview edition includes a rich selection of primary source material, including contemporary reviews; historical and literary accounts of 18th-century female cross-dressers; and selections from contemporary works that focus on the figure of the “fallen” woman.

Despite the recent onslaught of zombie apocalypse movies, I don’t think any of us truly can imagine what it would be like to live through 50 percent of the population dying from an incurable disease. This is just one of the reasons that I find Giovanni Boccaccio’s Decameron so compelling. Boccaccio’s mid-fourteenth century text opens with a harrowing, heart-breaking description of the plague and the complete breakdown of familial and community bonds that follow in the wake of this disaster. The year is 1348, and 10 upper-class young people have fled from Florence to a country home to avoid the ravages of the plague where they pass the time telling stories. The actual stories jolt us with their salaciousness and yet offer serious commentary too on politics, law, and religion. They invite us to think about how categories of race, class, gender, and sexuality are constructed—and how those constructions still linger today. Perhaps Boccaccio wants us to see as self-indulgent those who would tell (or read) stories while the world is coming to an end. However, whenever I reread The Decameron, I think about the power of narrative, its ability to entertain, to make us laugh, to make us think. During these times especially, I find such thoughts comforting.

Behind the Beautiful Forevers

This book is notable for its magnificent, compassionate, and detailed reporting, as well as its extraordinary narrative line. As a journalist, I admire Boo’s talent and commitment, as well as her heart. We are all enriched by being drawn deeply into the impoverished community of Annawadi, hidden in the shadow of the Mumbai airport, and experiencing the very local implications of our global interconnectedness.

This novel is absolutely amazing. I couldn’t put it down. It’s a great read but also a great tool for writers trying to learn craft. Also recommended: The Gentrification of the Mind by Sarah Schulman. It is one of the most important books I’ve read in the last 10 years. It discusses AIDS, gentrification, capitalism, and censorship. Really a must-read for our times!

Photo at the top by Teresa Tam.