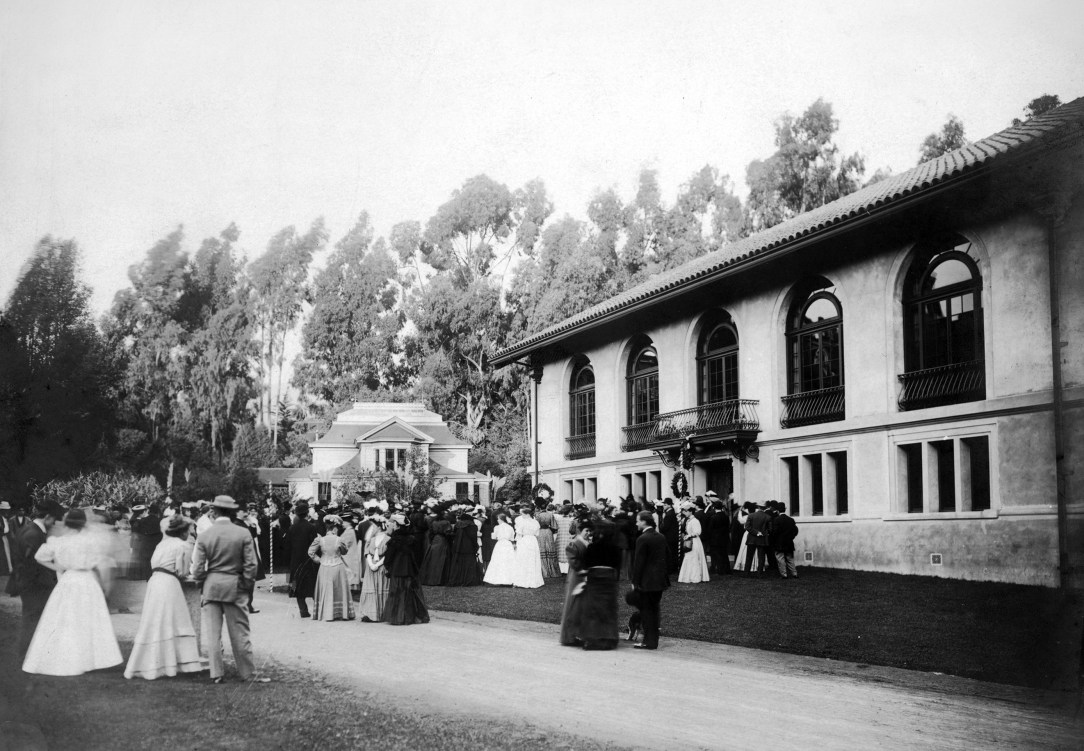 Through skill and determination, architect Julia Morgan rose to the top of a male-dominated profession. The buildings she constructed on the Mills campus remain a strong reminder of what a smart, driven woman can achieve.

In the early decades of the 20th century, women’s issues were at the fore of public discourse: the suffrage movement was in full swing, and women were also advocating for increased access to higher education, job training, and other causes.

When El Campanil was built and dedicated in 1904, it stood as a beacon of change. For Mills College, the bell tower “signaled the institution’s transition from an almost obsolete frontier finishing school to a leading women’s college of the 20th century,” writes Karen McNeill in her article “Women Who Build” (California History, vol. 89, #3, July 2012). The Mission-style design, so different from East Coast colleges, demonstrated that Mills was not hindered by eastern standards, but was establishing its own identity.

For the tower’s architect, Julia Morgan, it marked the beginning of a remarkable and groundbreaking career. El Campanil was one of Morgan’s first independent projects. Shortly after opening her own office as the first licensed woman architect in California, Morgan had been recommended for the commission by Phoebe Apperson Hearst, an influential force in establishing major educational and cultural institutions throughout the Bay Area. The two women were to have a lifelong association; with the patronage of the Hearst family, Morgan would secure numerous projects, including the 28-year undertaking to design and construct Hearst Castle at San Simeon.

A San Francisco native, Morgan graduated from the University of California, Berkeley, in 1894 with a degree in civil engineering. She traveled to Paris to pursue an architectural degree at the prestigious École des Beaux-Arts, only to find that women were barred from the entrance examinations. She waited two years until the rules were altered and failed the exams three times—once, she was told, because she was a woman. In 1902, at the age of 30, she was the first woman to receive a certificat d’architecture, the school’s second highest degree.

She was a woman breaking into a completely male-dominated field, but her skill and perseverance triumphed over prejudice. El Campanil was built of reinforced concrete, one of the first such structures in California. After surviving the 1906 earthquake intact, the bell tower was studied by architects and contractors and helped cement Morgan’s growing reputation.

“Not only was she the nation’s most prolific woman architect, she was an icon of the New Woman: a highly educated, independent, and single woman successfully pursuing a traditionally masculine career,” says McNeill. “Her oeuvre provides the most expansive body of architecture designed of, by, and for women.” Though she shunned personal publicity—preferring that her buildings speak for themselves—Morgan built some 800 buildings, including almost 100 for women’s organizations in California and beyond.

In addition to El Campanil, she designed five more buildings for the College: the Margaret Carnegie Library; Kapiolani Cottage; the Gymnasium, which, sadly, was demolished in 1960; Alumnae Hall, now the Student Union; and Alderwood Hall, formerly the Ming Quong Home for Chinese Girls and now the Julia Morgan School for Girls.

It is only fitting that Julia Morgan continues to be a presence on the Mills campus. A century later, her example shows the power of women working together and the chance we all have to achieve our greatest goals.

Mills Campus Architect Karen Fiene developed an exhibit on Julia Morgan and her Mills College buildings as part of the statewide 2012 Julia Morgan Festival. The display is on view in the Bender Room in Carnegie Hall.