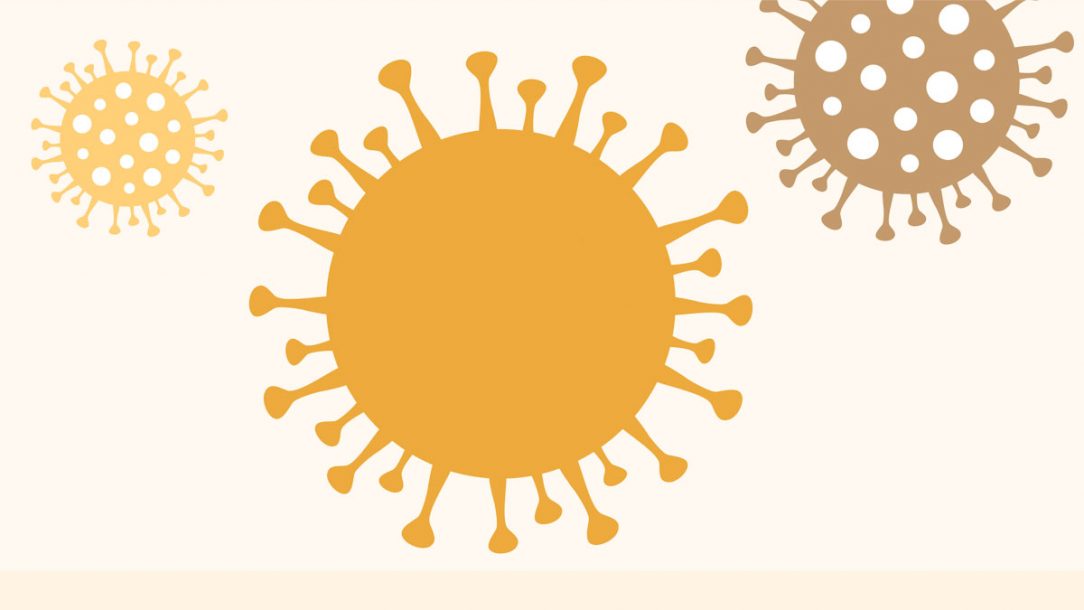 A View from the Frontlines

Two graduates from the College’s pre-professional healthcare programs report on what they’re seeing in their hospitals and exam rooms.

Alumna and registered nurse Kiera Simon ’09 took advantage of a program that often flies under the radar at Mills: pre-nursing. After two years at Mills, she moved on to complete her nursing degree at Samuel Merritt University.

And now, she finds herself on the frontlines with COVID-19. Simon, who works at a Dignity Health facility in a suburb of Sacramento—volunteered to staff her hospital’s dedicated floor for coronavirus patients starting in April. In mid-July, she spoke with the Quarterly about her ongoing experiences as a healthcare worker in a pandemic, just as case numbers were spiking to dangerous levels in her area.

Before COVID happened, I worked on the telemetry (a.k.a. cardiac) floor. I loved that job, but my floor was going to be transitioning into something new, so we closed down. I was floating around the hospital, so I started going to the COVID floor because it’s staffed on a volunteer basis, and there are a lot of nurses who don’t want to go down there.

The patients are of a wide variety of ages. I worked with one patient who was as young as me, and it was eye-opening. It was such a meaningful experience, both for him and for me. He said, “Thank you so much for being here, you’re making a difference.” I also had another experience where a patient told me, “You’re not scared to be around me,” and that really broke my heart.

Of course, the patients have this virus, and we’re still learning so much about it and discovering treatments, but these are still human beings. I want to make sure that they’re still shown all the love and attention and care they deserve. This is already an emotional job because there’s energy being shared between a patient and me, and I’m so open to whatever they need from me, but now it’s really emotional because there’s no other human contact. There’s no visitation—families are connected through FaceTime, etc.—so I’m one of the only people who a patient sees and gets to visit with. It’s really refreshed my nursing experience, in a sense. This is why we do what we do. We all say on the COVID unit that this is hard work, but it’s so rewarding.

When I’m talking with patients who are positive, I’m constantly asking, “Where do you work?” There were a couple patients who worked at restaurants, one who worked for a local prison, others who were at nursing homes. There’s still so much to learn about viral load and how it spreads, people who are asymptomatic versus symptomatic—but as a bedside nurse, I have taken care of patients who are struggling on oxygen at 28 years old and at 83 years old.

There are 15 beds on the COVID floor where I work, and each patient usually has their own room, but yesterday, we started “cohorting” patients, which is putting two patients in one room. We’re figuring out how we can handle more numbers in the same space. I work at a hospital that’s taking a lead on COVID in the Sacramento area, so we get a lot of transfers. We were even getting people from Southern California at one point. But given our surge plan, I think they had to stop doing that. There’s a certain number we reach where we can’t take any more from outside facilities because we have to be able to service the people in this community. We are definitely getting up there, that’s for sure.

Before this, I saw a wide array of patients, but my skill set has increased during this process. There are all these things I never had to do before, like proning, which is putting people on their stomachs so the lungs can expand. I’ve hung Remdesivir, which is an antiviral. I’ve hung convalescent plasma. We have something called a Code Hope, which is when a COVID-positive patient is discharged, and we cheer them out. They’ve been on such a journey! Some of these patients have been intubated, on a vent[ilator], and they’re finally able to go home. There were times when we thought some of those patients weren’t going to make it. We once had four Code Hopes in one day, and we were so emotional.

It was starting to take a toll on me, because I do have older parents who live nearby, and I was like, “I’m not going over there.” It’s one thing to be working in the hospital, but when I’m volunteering on a COVID floor? Those are two people I haven’t been able to see, which is so hard. For a lot of us, we miss our families, but we just want to be supersafe. Near the beginning of the pandemic, getting Personal Protective Equipment (PPE) was a little dicey. We had to twist people’s arms for N-95 masks, but after a certain point, they showed up along with face shields, shoe covers, etc., so we’ve been fine since then.

All nurses are frontliners, but we’re talking about people who have put into writing that they are volunteering to work in this unit, so it’s like a little family. There’s not a lot of us, to be clear. We have people who float in, but there’s this core group of us who are willing to be in the trenches. It’s been great to work with them. The Blue Angels flew over one day, which the nurses thought was really cool. One other thing that has been absolutely fantastic is all the food! Restaurants are donating food, which is so cool. Or people will bring us goodies—anything to say that they’re thinking of us and here for us. People have been reaching out to check on me because I’m a healthcare worker, and I’ve found it so sweet. It has really touched me. These are scary times for us during the pandemic, so if [readers] wanted to reach out to the healthcare workers in their lives, I would encourage them to do that. It’ll put a smile on our faces.

Besides pre-existing co-morbidities, we aren’t sure why some people have it worse than others, but why wouldn’t we want to err on the side of caution and protect ourselves? I’m in this day in and day out, and this is really a thing that’s happening. I want to remind people to stay safe. I want to remind people that it’s selfless to wear a mask. –as told to Allison Rost

At the end of January 2020, I watched a video on Reddit about a new virus emerging from China—and grew concerned as I began to read more news day after day. By the middle of February, my gut told me this would be a major event. To say I have been exhausted and burned out by the coronavirus after five months of this is a fair statement. My wife’s aunt in Tehran died in June, and I had a handful of patients with severe disease who were either admitted to the hospital with oxygen or were otherwise touch and go for a week. But I’ve seen the test results and seen the patients and heard their stories firsthand.

There are also patients in my office who have resisted wearing a mask, or otherwise are not convinced of the severity of the disease as reported in the news. I can only explain to them my experience, yet still some are unconvinced. Where does this distrust come from? The risk of harm from asymptomatic medical conditions is real, as is the perceived lack of harm when there are no symptoms.

Honestly, I can understand the confusion, but I do think there is something about our nation’s culture and personality that makes distrust and a desire not to go along with the status quo somehow valuable and desired qualities. It is incumbent upon each of us to encourage others to wear masks and protect others. Let us all remember that individual freedoms come along with individual responsibilities. As citizens of this country, we have both.