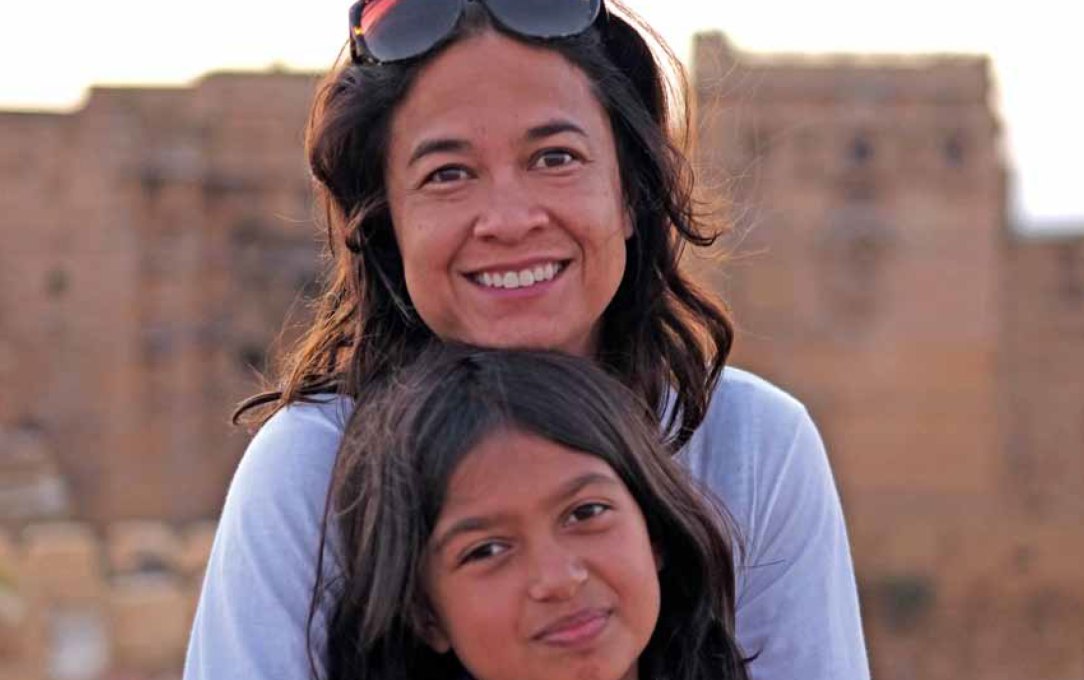 A tale of two cities

Study abroad experiences enable students to open their eyes to a new sense of the world—and of themselves.

Cristina Wallace ’10 spent a summer taking classes in Hong Kong. Rosanne Cunningham ’90 studied and worked in London during her junior year. Although their experiences are separated by two decades and 6,000 miles, both women cite their time abroad as perhaps the most valuable episodes of their academic careers.

“I had always been really interested in East Asian culture, and the diversity of the city of Hong Kong was fascinating,” says Wallace. “I wanted to be immersed in a culture so different from what I’m used to in the US—and I definitely got it.”

The classes she took at Lingnan University—on cultural differences and gender roles in Hong Kong society—were conducted in English, but her classmates were local or from mainland China. “I liked taking classes that were relevant to my experience there. I wanted to know, culturally, what was going on,” she says.

As an outspoken Mills student, she was surprised to find that most students did not speak up in class. She also found herself confronting strongly held beliefs shaped by traditional Chinese culture, such as the assumption that a woman will work only until she gets married. “Hearing those very different opinions was part of the experience that I wouldn’t have gotten elsewhere,” she says. “It taught me how to keep an open mind, ask questions, be respectful, and try to understand.”

One of her most memorable moments, however, happened when she boarded the wrong city bus. “I had gotten those ‘teach yourself the language’ CDs, so I had all my phrases down and felt like I was a step ahead…until I got lost,” she laughs. A cell phone call to a local friend who acted as translator sorted out the problem. “But that actually felt so empowering,” Wallace says. “I had to take care of myself, and I made it back!”

Study abroad made me recognize that there’s so much out there, so much opportunity in this world.”

Rosanne Cunningham, shown above with her daughter while visiting India in 2012

Rosanne Cunningham, who is now an independent media producer in Los Angeles, also gained valuable insights in her time overseas, which combined classes at two London universities with an internship at Island Records. The internship gave her a first taste of the entertainment business, but her experience overall provided a new sense of possibility and self-confidence.

“I grew up on Oahu, in the middle of the ocean, and felt physically and culturally isolated,” she says. “I was curious and wanted to see the world.”

Living in central London, she got a job as a waitress and spent most weekends exploring new towns. “It was so easy to get around, and doing so gave me a great sense of independence, of freedom, of how to improvise and be innovative,” she says. “Study abroad made me recognize that there’s so much out there, so much opportunity in this world.

“Coming back I was definitely more confident, more willing to put myself out there and try something new,” she continues. “I went out and got a job off campus and started making money so I could get a car. I loved that independence so I worked for it.”

Christina Wallace now serves as assistant registrar at Mills, where she oversees the student application process and serves as secretary to the International Study Committee, the group of faculty advisors who oversee programs in various regions. “I’m very passionate about study abroad—and secretly wish it were a requirement for all students,” she says.

Students can choose from programs in more than 60 countries through partnerships with international study organizations and individual institutions. Domestic exchanges are also available with colleges within the US. “There’s been a real growing interest in the more experiential and field-based programs, such as the ecology programs offered by the School for Field Studies and programs focused on social justice and human rights through the School for International Training,” Wallace adds. “Students want to be immersed in a place where they can make a difference.”

But the pressure of trying to fulfill all major requirements and graduate on time can make it difficult for students to participate in study abroad programs and, since institutional aid cannot be applied when a student goes overseas, the financial obstacles can be significant. For these reasons, Wallace says, the College is working to expand summer programs and options for shorter-term placements.

Students studying at the Lorry I. Lokey Graduate School of Business, for example, can take advantage of a summer exchange program with the École Supérieure de Commerce de Pau in southern France. With its focus on international business theory and practice, the school attracts students from throughout Europe, the US, India, and South America.

“Mills students come back having gotten to work with an international team of students and having developed skills that they just can’t get from working in local companies or with only California students,” says Assistant Professor of Business Carol Theokary, who advises participating MBA students. As more and more businesses operate on a global scale, such understanding becomes not only important, but necessary.

“The experience really increases their cross-cultural competence,” Theokary adds. “These students learn that the rules that apply here aren’t always applicable there.”

Whatever study abroad duration or destination a student chooses, the rewards are lasting and significant. “After I graduated, I made a resolution that I would travel at least four weeks every year,” says Cunningham. “Study abroad had a profound effect on my life by instilling a drive to keep exploring and learning and growing.”